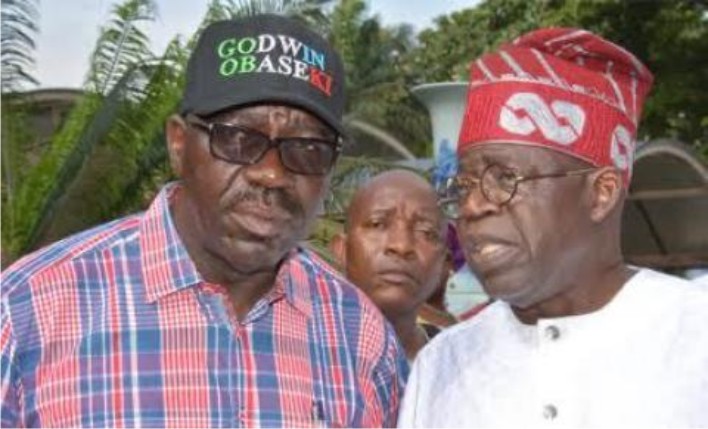 The embattled Governor Godwin Obaseki of Edo state seemingly left empty-handed and disappointed after he was accompanied by seven APC governors to meet their party’s national leader, Asiwaju Bola Tinubu in Lagos on Sunday.

According to reports, Tinubu had nothing but a shattering news for Obaseki as he could not save Obaseki from his estranged godfather, Adams Oshiomhole.

Rather, Tinubu advised Obaseki to go out there to test his popularity in the party’s direct primary scheduled for 22 June.

Tinubu gave the same advice to Governor Rotimi Akeredolu of Ondo state as the two governors and seven others met at the parley.

The meeting was hosted at the Lagos House Marina by Governor Babajide Sanwo-Olu.

At the meeting Tinubu reportedly described democratic primary as a core element of internal democracy which should not be jettisoned.

A source at the meeting held at the State House, Marina, Lagos, said Tinubu, a former governor of Lagos, emphasised the importance of primary to democracy, admonishing party leaders to safeguard it in the preparation for the choice of standard bearers.

The Progressives Governors’s Forum, led by Kebbi State Governor Atiku Bagudu, unfolded plans last week to mount pressure on President Muhammadu Buhari to support their push for right of first refusal to two of their colleagues, Akeredolu and Obaseki, for the governorship tickets.

The polls will hold in Edo in September and Ondo in October. No fewer than 10 chieftains are competing for the ticket in Ondo APC with Akeredolu, who is seeking a second term.

In Edo, other contenders have stepped down for Pastor Osagie Ize-Iyamu, who is challenging Obaseki at the shadow poll. The Edo governor is also seeking re-election.

According to the source, Imo State Governor Hope Uzodimma could not make it due to undisclosed reasons.

The governors, who appeared to be in one accord, wanted the party to be fair to their two colleagues, who they said, should not be muscled out.

Specifically, the governors wanted Tinubu to prevail on the party leadership to give Obaseki the right of first refusal, the source said.

However, Tinubu went to the meeting with the position that it is better, more democratic, constitutionally right and politically defensible that all aspirants should go for primaries to test their popularity.

He added that through free and fair selection process, the ruling party will successfully build a strong democratic culture.

Tinubu, the source said, urged the governors to support the guidelines released by the NWC, maintaining that they are in the interest of the party.

Although some of the governors revisited the acrimony and controversy generated by the contrasting perspectives on the Comrade Adams Oshiomhole leadership, which they acknowledged as a battle within battles, Tinubu pointed out that it was normal in political life.

Besides, according to the source, the party stalwart counselled that since the conflict had been resolved, stakeholders should put the past behind them and forge ahead in harmony.

The source said Asiwaju Tinubu reiterated his belief in fairness to the incumbent governors and other interested governorship aspirants in the two states.

“Asiwaju Tinubu may have intervened in this sensitive nomination matter with a benefit of hindsight because as he rightly pointed out, direct primary produced Oyetola as Osun APC candidate and Babajide Sanwo-Olu as flag bearer in Lagos State.

“Besides, I think Asiwaju Tinubu is of the opinion that where there are more than one contender, primary should be adopted to foster equity, fairness and justice.”

After the meeting, Sanwo-Olu took the governors to see the photo exhibition of his activities in the last one year.

Reported by The Nation 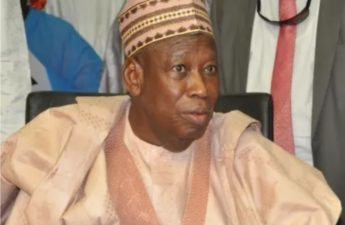