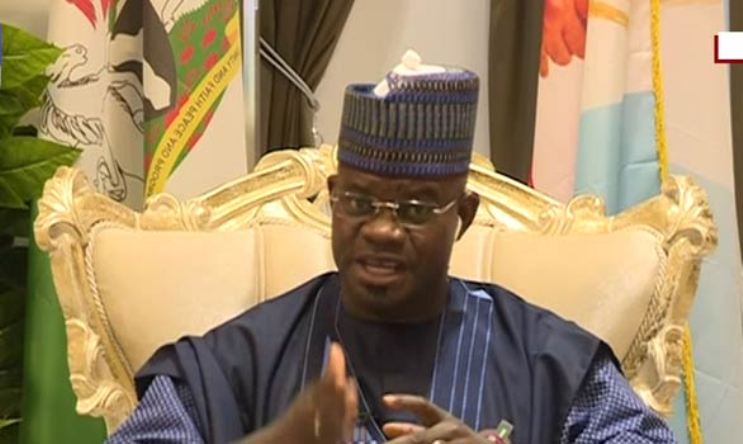 The Governor of Kogi State, Yahaya Bello, has expressed outrage over the news that his administration has imposed a tax to be paid by bakeries and bread sellers on every loaf of bread or baked item sold in the state.

Recall that last week, the media was awash with news that the state government has imposed a levy on every loaf of bread in the state. Following the outcry, the state Commissioner for Information and Communications, Kingsley Fanwo, came out to explain that the new levy was imposed in order to protect indigenous bakers from those “who bring bread to the state without paying any form of levy”.

Well, the Deputy Governor of the state, Edward Onoja, has come out to say that him and the state governor, Yahaya Ballo, were not informed about the new tax on loaves of bread in the state. Onoja in a statement released on Saturday, November 14, said the governor directed him to personally debunk the news to underscore how serious his government considered the disinformation.

”I am directed by His Excellency to give the lie to news of an alleged tax imposed on each loaf of bread to be sold in Kogi State. There is no iota of truth in the claims that we have approved such wickedness, because we have not and cannot.

“Neither the Governor nor the state executive council has imagined or proposed such a devilish tax regime, how much less imposing same on any food or essential commodity, not to mention bread which is a table staple and the basic lifeline of many a household’, the statement read.

Onoja said he was shocked when news of the strange measure started making the rounds on media platforms, saying that it ran contrary to the widely advertised posture of the state government that the people of Kogi State must not be subjected to any act or policy that will increase their pains in this Covid-19 season.

The deputy governor highlighted Governor Bello’s responses to issues impacting the welfare of his people during the pandemic as proof that such a tax runs counter to everything the administration stands for.

‘It is well-documented in the media that Governor Yahaya Bello has fought powerful forces, more than any other governor perhaps, to keep his people safe. As CoviD-19 ravaged the country and the world he has mobilised them for lifestyle changes that defeated the virus in the state. He spared them lockdowns and the inherent disruptions to their lives and livelihoods characteristic of covid responses in other places. He scrupulously obeyed WHO and NCDC guidelines to provide testing to high risk individuals. He relied on pioneering use of Rapid Test Kits for the coronavirus long before they became mainstream. He responded swiftly with contact tracing and quarantines on all suspected cases,’ the statement added.

The Deputy Governor said that no extra financial burden will apply for the time being on citizens and assured that ‘any business which has met the regulatory requirements for doing business in Kogi State including payment of routine tax is entitled to operate freely, and that includes bakeries and bread traders.’

The statement also said that the Kogi State Government will deal decisively with any person who tries to extort the public now the same way it dealt with those who tried to collect money from places of worship and residences for an ‘alleged official fumigation exercise’ early in the COVID19 cycle.

He urged Nigerians to disregard the alleged bread tax as not only improbable but impossible in Kogi State under the current administration. He also reassured the media and the general public that those behind the rumours would be fished out and punished.

‘We will not tolerate our own officials trying to profiteer off our people in any way, or even acting ill-advisedly in manners that cause them any form of distress’ he said.