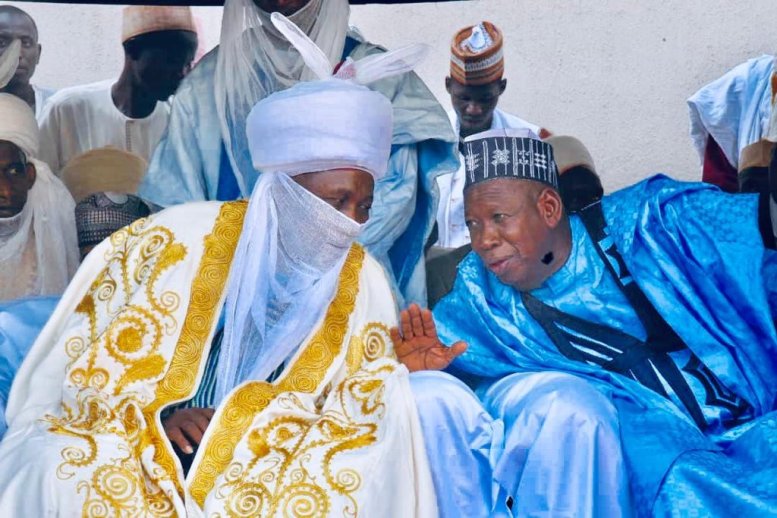 The strife between the Emir of Kano, Mohammadu Sanusi II and Governor Ganduje has reportedly been put to rest following the intervention of Africa’s Richest man, Aliko Dangote and Chairman of Nigeria’s Governors Forum, Governor Kayode Fayemi of Ekiti State.

Daily Nigerian had reported earlier that President Buhari reportedly intervened, following calls by northern elders as the estrangement between the governor and the emir raised tension in the state.

It was gathered that the peace meeting was held on Friday night, and the Kano Governor and the emir reportedly agreed to sheath the sword for the interest of Kano and prevent break down of law and order.

Daily Nigerian who reported that Governor Ganduje and Emir Sanusi reconciled after Dangote’s intervention alongside effort Fayemi, added that the meeting was attended by other ‘notable personalities’.

“All I can tell you is that the meeting is positive. The parties have agreed to work together in the interest of peace, stability and progress of Kano,” the newspaper quoted a source at the presidency. “The president will be briefed on the outcome of the meeting. Alhamdulillah the emir and the governor are no more quarreling.”