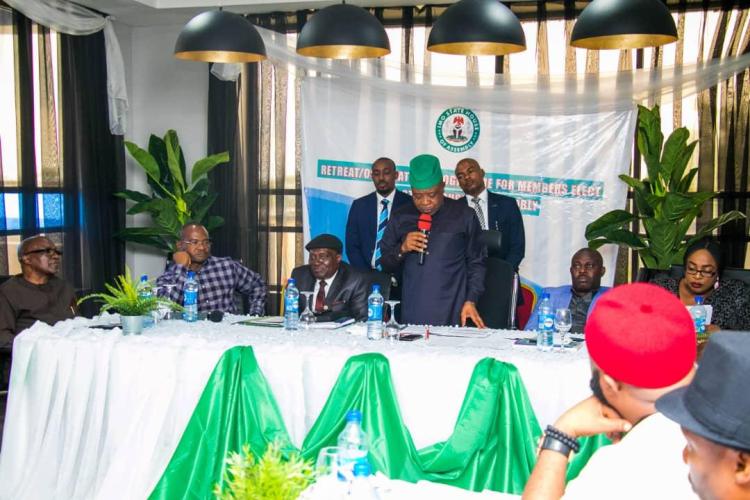 The Governor of Imo State, Emeka Ihedioha, has declared open a Retreat/Orientation Workshop organized for the members-elect of Imo State House of Assembly, holding at Crystal Lake Hotels, Oguta.

The retreat is aimed at equipping the Members Elect ahead of their official inauguration which comes up soon as well as prepare them ahead for their constitutional assignment of giving their people adequate representation, making laws, checking the executive and carrying out over-sight functions in the state.