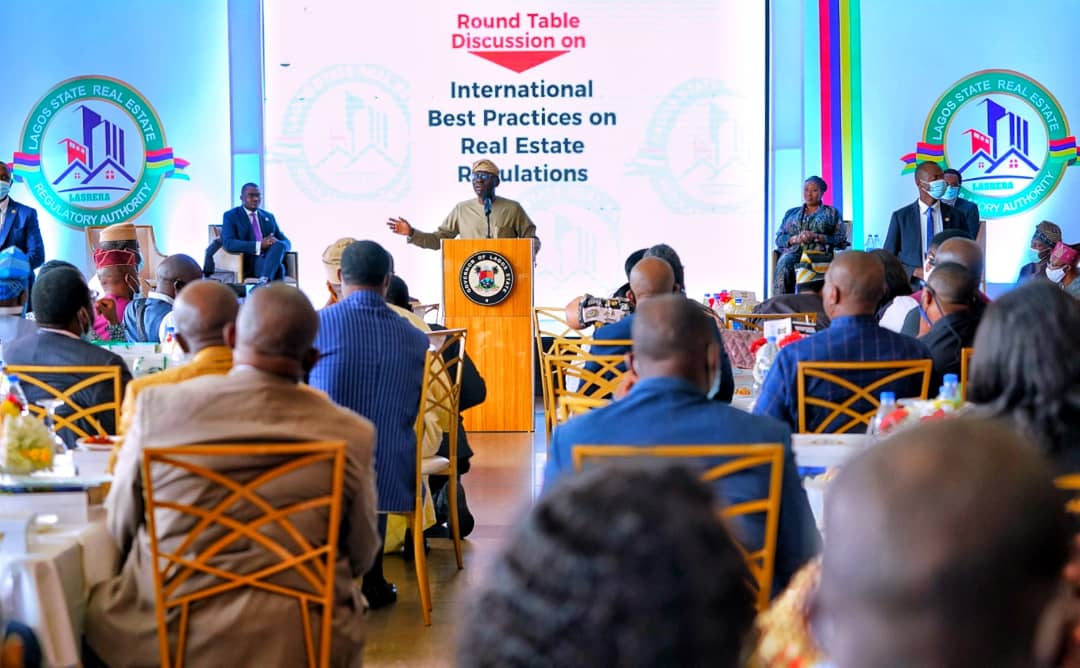 Governor Babajide Sanwo-Olu has called on stakeholders in real estate, to work out modalities that will enable residents of Lagos state pay house rent on a monthly basis instead of annually.

The Governor made this call during the Policy Roundtable Dialogue with key stakeholders in the Real Estate Sector in Lekki on Thursday, September 24.

Governor Sanwo-Olu said a situation where residents face pressure once their rents were due was not palatable, adding that the housing deficit in Lagos State was huge and urged private practitioners to play by the rules.

His words: ”The real estate can contribute 20 to 25 per cent to the GDP. We need to have clear data where landlords would no longer be demanding one year rent ahead.

”Landlords should see how they can reduce yearly rent to monthly. The housing deficit in Lagos is huge and unacceptable, but government cannot do it alone,” Sanwo-Olu said.

The roundtable was organised by the Lagos State Real Estate Regulatory Authority (LASRERA).