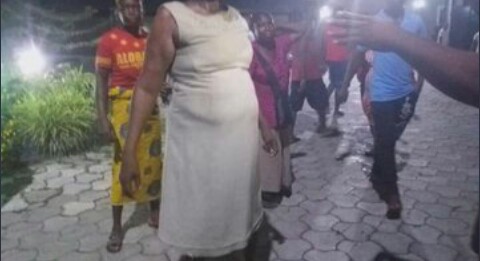 It was an appalling site to behold on Thursday night 18th of April in Rivers State as a Police officer named Chinedu stabbed & murdered an innocent man named Nyebuchi at Atali/Elimgbu, Obio/Akpor LGA. Rivers State.

It was gathered that when the youths of the area went on protest at the station, Police shot sporadically at the unarmed youths of which 13-year-old Precious Gladstone and 27-year-old Turuchi were hit by the sporadic gunshots.

See people reactions and the graphic photos below.