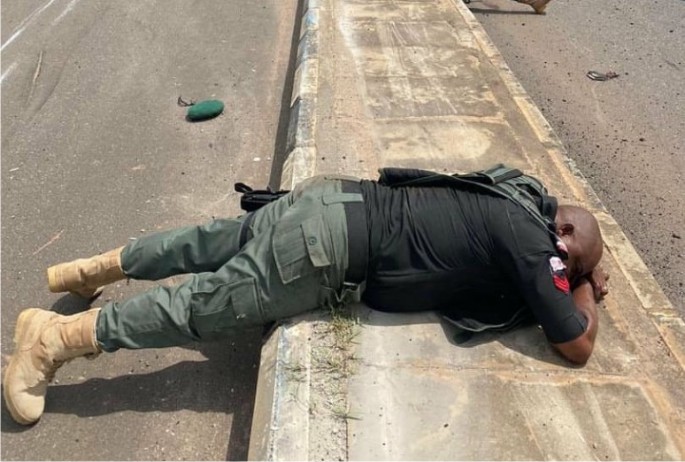 About five mobile policemen were feared killed in a fatal accident along the Oba Ile Road, Akure, the Ondo State capital on Tuesday.

There are conflicting reports about how the accident happened. However, one of the reports says the victims who were in a Toyota Hilux were heading towards the airport when the incident happened as a result of speeding at a sharp bend of the road.

Another report says they were on their way to stop the peaceful protesters when the accident occurred.

Meanwhile, the police Public Relations Officer, Mr Tee-Leo Ikoro, confirmed the incident but only said he was yet to ascertain the number of the victims.

“I will have to go to the hospital where they (victims) were taken to, to ascertain the number of the casualties.”

See photos and video from the scene below.