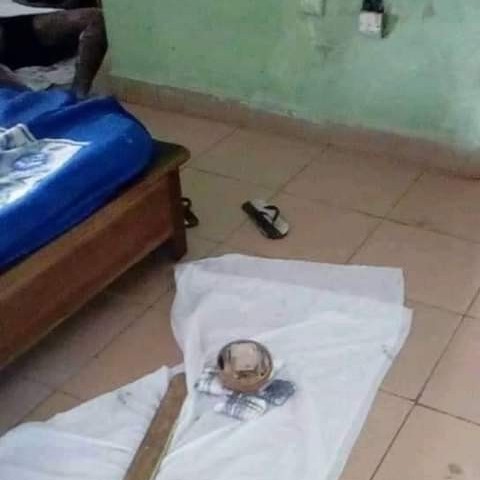 Germany-returnee, identified as Kelechi Nwigbo was found death in a hotel in Afikpo, Ebonyi State, with a calabash of money and dressed in a white cloth.

According to reports, Kelechi Nwigbo had checked into the hotel and left instruction that nobody should disturb him, but after four days, the hotel management started perceiving an offensive smell from his room and immediately alerted the police.

When officers broke into the room, Nwigbo was seen carrying a calabash with some money inside and with white cloth material on his head and waist. The state Police Public Relations Officer (PPRO), DSP Odah Loveth, confirmed the incident.

Workers in the hotel allegedly revealed that they heard the thunder strike from his window but because he had  instructed that nobody should come to his room unless he called the hotel’s attention, they did not bother going to check on him.

Police investigation revealed that the last time the deceased visited Nigeria was in 2017 and his family was not aware of his recent trip into the country, let alone being in Afikpo.