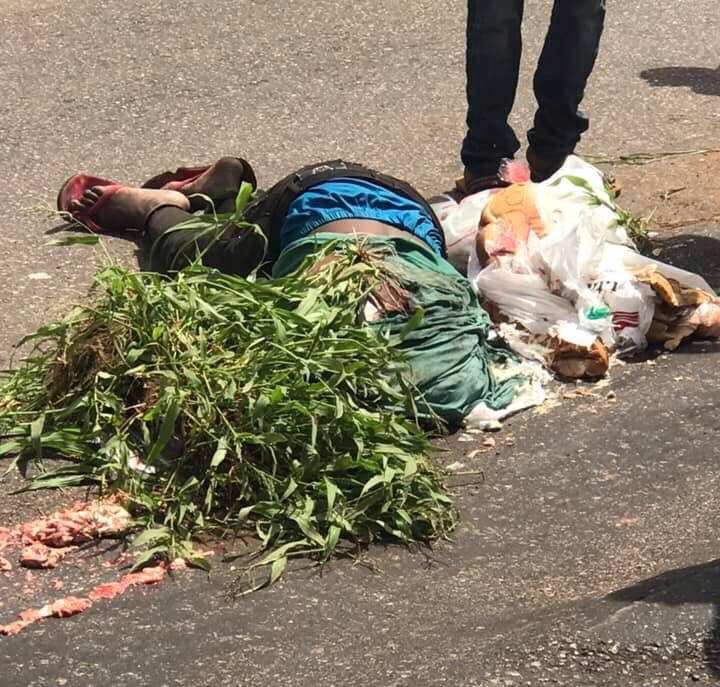 A yet-to-be identified man who was selling his wares in traffic, was crushed to death by a trailer yesterday, June 4 in Kaduna.

According to eyewitnesses’ accounts, the trailer driver was in line with other cars waiting for the traffic light to turn green. Immediately it turned green, the trailer driver attempted to move but unknown to him, the man was right in front of his trailer attempting to sell his wares to someone else. The trailer crushed the man’s head, spilling out his brain.

The body has since been evacuated from the road and deposited in a morgue.

See another graphic image below.