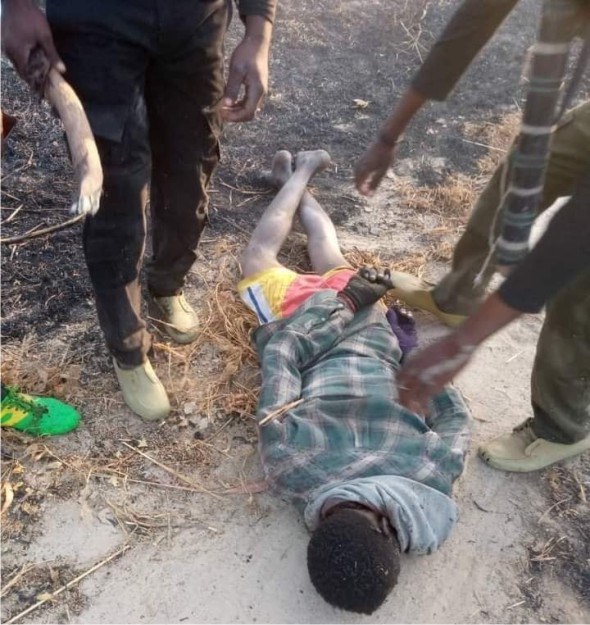 Photos of how about 43 farmers from Zabarmari, a farming community in Jere Local Government Area of Borno State were slaughtered by Boko Haram terrorists have surfaced online.

The horrific incident which happened on Saturday, November 28, at Koshebe village, in Mafa Local Government Area while the victims were working in a rice field has left many Nigerians not only horrified, but also outraged at the inability of government to protect citizens.

One Mohammed Chiroma from Borno State, shared photos of the victims being recovered from the massacre scene. The photos show that most of the farmers were beheaded.

The victims were buried on Sunday morning, November 29 with Governor Zulum in attendance at the funeral.