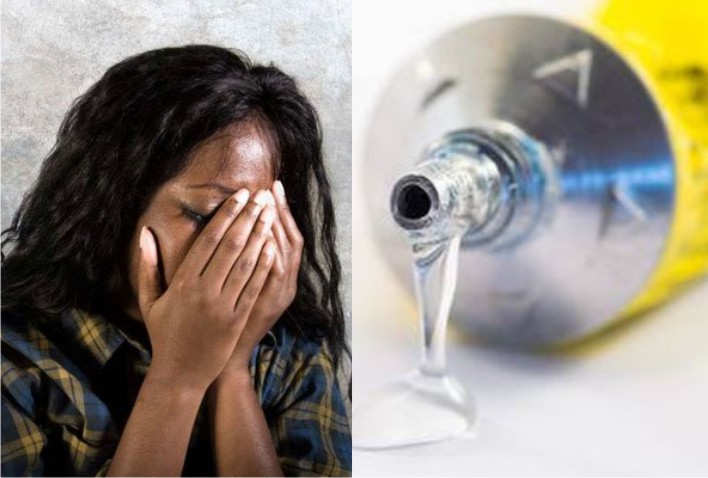 A man went cruel on his wife by sexually assaulting her and using super glue to seal up her private part, ear and mouth after accusing her of infidelity.

The police in Tharaka South Sub-County in Kenya said they have launched a manhunt for the suspect following the incident on Saturday, May 16th.

Th police said the suspect first persuaded his wife to move from their Marimanti township home, fearing that he would be arrested after having travelled from Nairobi where there is a lockdown.

On reaching Kathita River, the man who threatened to kill his wife ordered her to undress. It was gathered that when she turned down his request, the man descended on her with blows while threatening to stab her with the knife he was holding.

The police statement said; “They both went and on reaching River Kathita, he ordered her to remove all her clothes so that she may tell him all the men she had slept with while he was at Nairobi.”

Tharaka South Police Commander, Kiprop Rutto added the suspect then proceeded to adding pepper, salt and onions in his wife’s private parts using a sharp knife, before applying superglue mixed with sand to ‘seal’ it off. He also applied the same super glue on his wife’s ears and mouth before fleeing from the scene.

The woman managed to walk to Marimanti Police Station where she reported the matter before she was rushed to Marimanti Sub-County Hospital where she is receiving treatment. Mr Rutto added that the suspect is a known criminal in the region who is being sought by the police for various crimes.