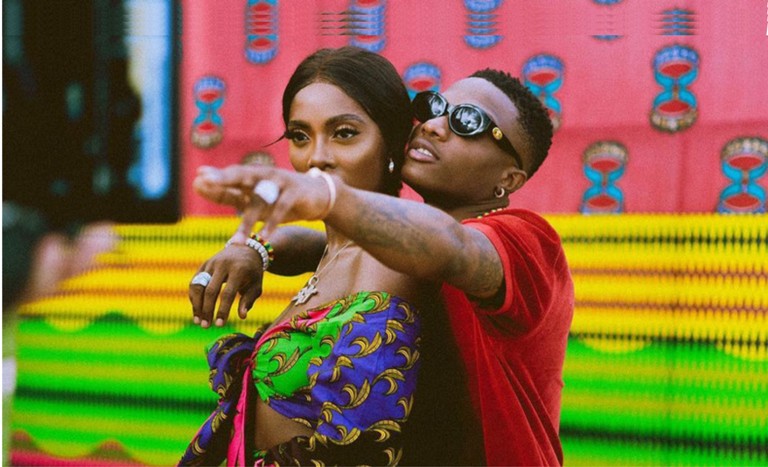 Nigerian music star Tiwa Savage on Sunday stumbled on an online debate asking Twitter users who they think is richer between her and Wizkid.

The argument was triggered by a twitter user, @williamserena5, who wrote, “Wizkid and Tiwa Savage: who is richer?”

However, most of the responses tilted in favour of Wizkid, while some took it offensive by claiming it was an insult to compare their wealth.

Tiwa who seems to be in a good mood following her trip from Atlanta where she met with top American music business mogul, Puff Daddy, joking said she has been calling to borrow money from Wizkid but he is not picking.

Tiwa wrote: “Abeg o, me that have been calling to borrow money sef. Baba give me missed calls.”