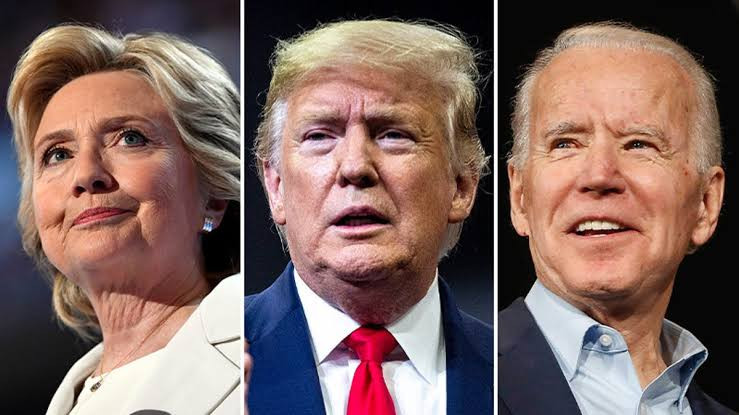 Hillary and Bill Clinton have urged Joe Biden not to concede if he loses the 2020 presidential election, claiming US president Donald Trump, will try not to leave the White house if he is undefeated by Biden in the November 2020 elections.

According to former president Bill Clinton, Trump will “stack sandbags around the White House” so he doesn’t leave in 2021.

In an interview with journalist April Ryan on Wednesday, September 2, the Clintons encouraged Democratic presidential nominee Joe Biden not to concede to Trump.

“Do not concede under any circumstance because I believe the other side is going to cheat and sneak and try everything they possibly can,” Hillary said.

The former Democratic presidential candidate who lost to Trump in the 2016 election reiterated what she told Biden in August.

Ryan joked that if Biden’s elected, Trump’s “orange knuckles” won’t let go of his desk in the Oval Office.

Bill then remarked that “he probably won’t even come to Biden’s inauguration.”

He’ll be stacking sandbags around in the White House,” said Bill, who served as United States president from 1993 to 2001.

“It’s very important to keep in mind that beneath all these big questions you are asking [is] just Donald Trump’s proven ability to manipulate the psyche of the people that he is trying to scare the hell out of,” he added.

“Now, this is a person who says, ‘OK, I can’t win on my own, but people will believe whatever I tell them as long as it’s bad.”

According to Hilary “there is no alternative” but to defeat Trump this November.

“He is a clear and present danger to our freedoms, our liberties, our unity, and we’ve got to defeat him,” Hillary noted.

In August, Hillary said: “Joe Biden should not concede under any circumstances because I think this is going to drag out, and eventually I do believe he will win if we don’t give an inch and if we are as focused and relentless as the other side is.”