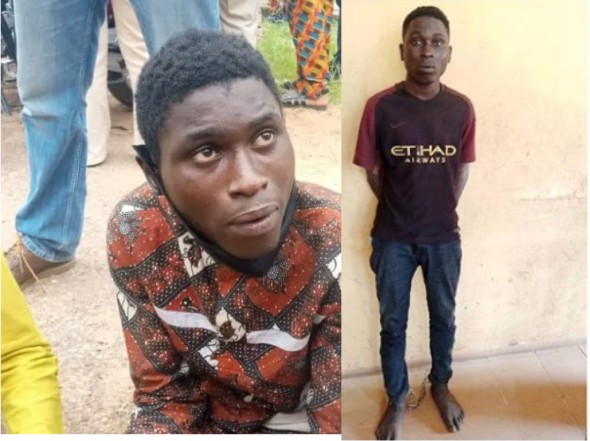 Sunday Shodipe, the prime suspect in Ibadan serial killings, has confessed that he killed again after he escaped from police custody.

Shodipe made the revelation while speaking on Wednesday at Oyo State police command headquarters at Eleyele after his re-arrest on Sunday.

The suspect said he killed one Mrs Funmilayo Oladeji at her home, two days after disappearing from custody on August 11.

The 19-year-old said he attacked the woman with a machete, cutting her several times on the head, adding that a juju priest with whom he was arrested warned that there would be spiritual consequences if he did not commit more murders.

He said the fetish priest put him under pressure to escape in order to continue killing.

Shodipe was paraded with other suspects, including those linked to the Okeho bank robbery on July 29.

Commissioner of Police Nwachukwu Enwonwu said the suspects would be handed over to the correctional centre, adding that the policeman  involved in Shodipe’s escape is “paying dearly for it” in custody.