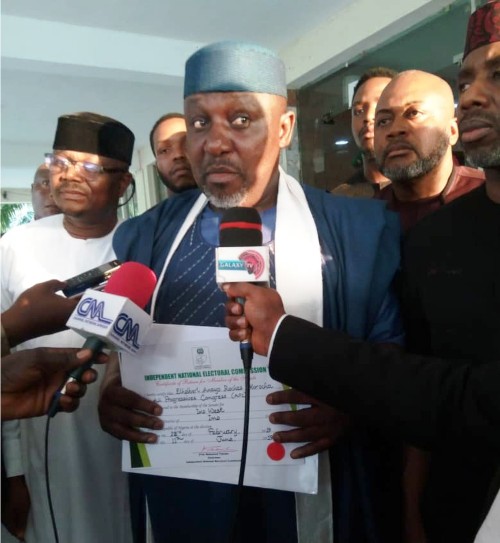 He also thanked Nigerians for their concern and solidarity all through the period his Certificate of Return was an issue.

He also expressed gratitude to the Judiciary for being there for those who hunger for Justice.

The former governor also thanked INEC for doing the needful.

He equally expressed gratitude to Prof. Innocent Ibeabuchi, the Returning Officer for Imo West Senatorial District election who claimed that he announced him winner under duress, and said without his role, his own Certificate of Return would not have received the kind of National and International attention, it has received.