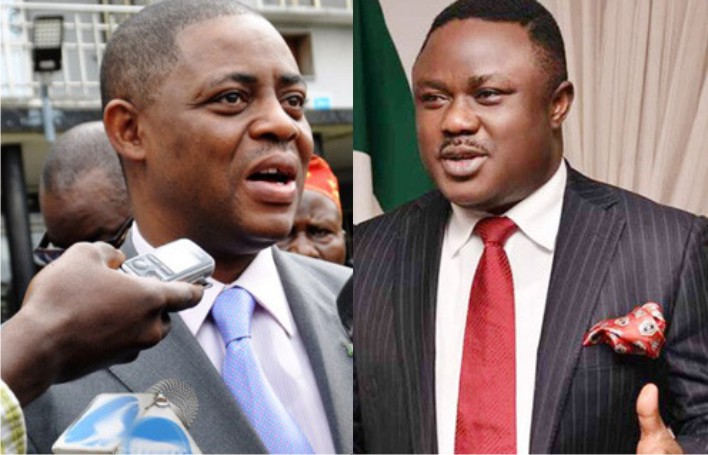 Former Minister of Aviation and Chieftain of the Peoples Democratic Party (PDP), Femi Fani-Kayode has threatened to dump the party alongside Governor Ben Ayade and many others, if the party structure in Cross River State is taken away from its Governor.

FFK who dished out the threat in reaction to the ongoing battle on who becomes the next Chairman of the PDP in Cross Rivers, said  it would be a big mistake for the PDP National Working Committee (NWC) to undermine a sitting Governor or attempt to humiliate him in his own state and before his people.

“It would be a big mistake for the NWC of the @OfficialPDPNig to take the party structures in his state away from Ben Ayaade, Gov. of Cross Rivers state, and hand them over to anyone else. If this is done and Ayaade leaves the party be rest assured that many of us will leave with him.

“You cannot and must not undermine a sitting Governor or attempt to humiliate him in his own state and before his people. Some of those that are advocating and behind this nonsense would never allow it to happen in their own states. A word is enough for the wise.

“No-one, no matter how big or powerful, should think that they own the @OfficialPDPNig. If there is any attempt to undermine Ayade it will spark off a crisis in the party that will split it right down the middle and the consequences will not be limited to Cross Rivers state.”

While Ayade is backing Alphonsus Eba (a.k.a Okadigbo) for the state chairmanship of PDP, other aggrieved groups are totally behind the former PDP national publicity secretary and former Commissioner Venatius Nkem, in the chairmanship race of the party.

However, National Assembly Members of the party in the state released a statement in response to FFK’s outburst. The statement read:

The National Assembly members from CRS are astonished that Fani Kayode can get so ballistic on a matter, he knows nothing about.

He throws tantrums at the people that have sustained the Party, while he is on sabbatical.

We thought he was going to ask Gov Ayade certain salient questions before dabbling in to the CRS matter.

Did Fani Kayode ask him why he supported Hope Uzodinma in Imo State against EMEKA Ihedioha of PDP in the last Governorship Election in Imo State?

Did he ask Ayade why he sent #5M only, in December last year to the Party, as a Seating Governor after so much pressure?

Did he also ask Ayade why he encouraged his protégés to forge the signature of the National Organising Secretary ? An action which is criminal and maligning to the this great Party.

Did he ask Ayade if he could win CRS for PDP without the NASS Members?

Did he also ask Ayade if the Panel that conducted the Congresses was solely nominated by him OR not? The answer would have definitely been in the affirmative.

Did he ask Ayade if he had at least 50% of the structures OR not, bearing in mind that there are other stakeholders and we are in a Democracy?

Finally, we think that Fani Kayode should brief us on the standing of the Party in his own State, if he is on ground. We know that the PDP is very weak in his State, so he should go and put his State together for the Party.

Fani Kayode’s main Occupation at the moment is “talking “ but he should choose when and what to talk about, inspite of the inducements.