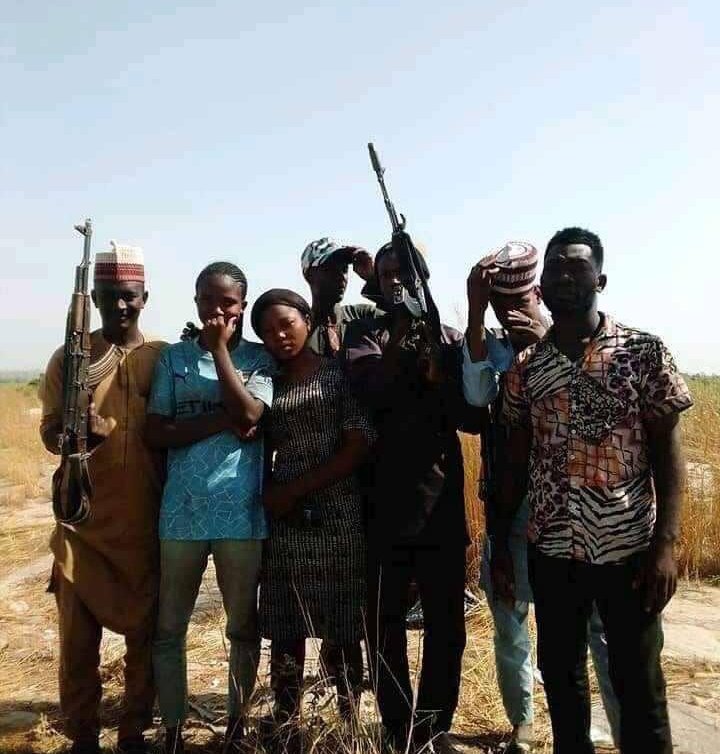 Bandits who abducted two corps members of the National Youth Service Corps (NYSC) and four other people who were abducted in Zamfara State last week Tuesday and released them after five days have been seen posing for photos with the victims.

The bandits had intercepted a Sokoto bound Benue Links bus and abducted some of the passengers, among whom were the two Corps members posted to Kebbi State and four other persons identified as: Joseph Zaaka Aondona, Sedoo Tsokar, Jennifer Awashima Iorliam and Sechivir, Muhammadu Saminu and Muhammadu Safiam.

Two of the victims, Jennifer Iorliam and Joseph Zakaa, were said to be on their way to the NYSC orientation in Kebbi State, while another victim, Sedoo Tsokar, a student of Uthman Dan Fodio University, Sokoto was returning to school. Serchivir was said to be visiting her relatives in Sokoto. The others are two brothers, Saminu and Safiam Muhammadu.

Interestingly, after the captives were released, photos of them and the bandits surfaced online. This made Nigerians bemoan the high level of insecurity which has given bandits the audacity to pose for photos with their victims and share the photos online.