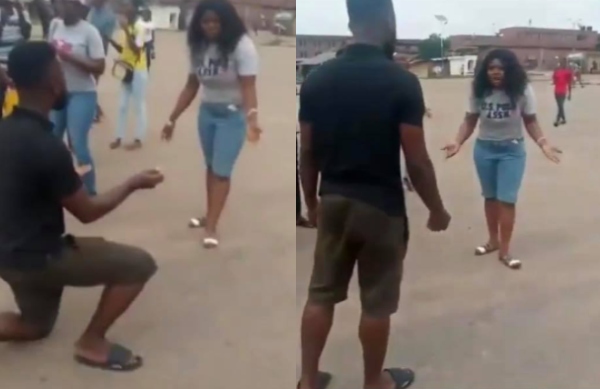 A marriage proposal was not only turned down, it got worse. This Nigerian man was spotted in a viral video, beating his girlfriend because she turned down his proposal at an undisclosed location.

While the identity of the couple wasn’t revealed, however, the man started beating up the lady girlfriend who was heard saying ‘I can’t accept your proposal’ as she turned him down. He was also heard saying ‘after everything’ as he assaulted her, pushed her down and took off her wig