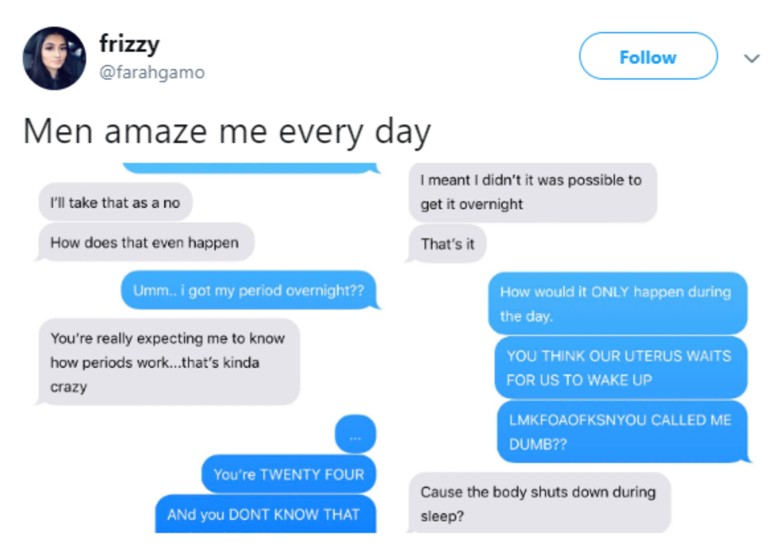 A young woman has taken to Twitter to share her amazement at the reaction of a guy she was chatting with who told her he didn’t know women could wake up in blood during their period.

The young man actually thought periods do cease at night since the body shuts down during sleep.

The interaction started when the Twitter user Farah, from New Jersey, told the male friend she bled through the night but his answer left her surprised. The man wondered how it was possible to bleed through the night as he seemed to think periods are more of a daytime thing because “the body shuts down during sleep.”

“I didn’t know it was possible to get it overnight,” the 24-year-old man told Farah when she told him her period started suddenly at night.

Farah replied: “How would it only happen during the day? You think our uterus waits for us to wake up?”

And the man replied: “Cause the body shuts down during sleep?”