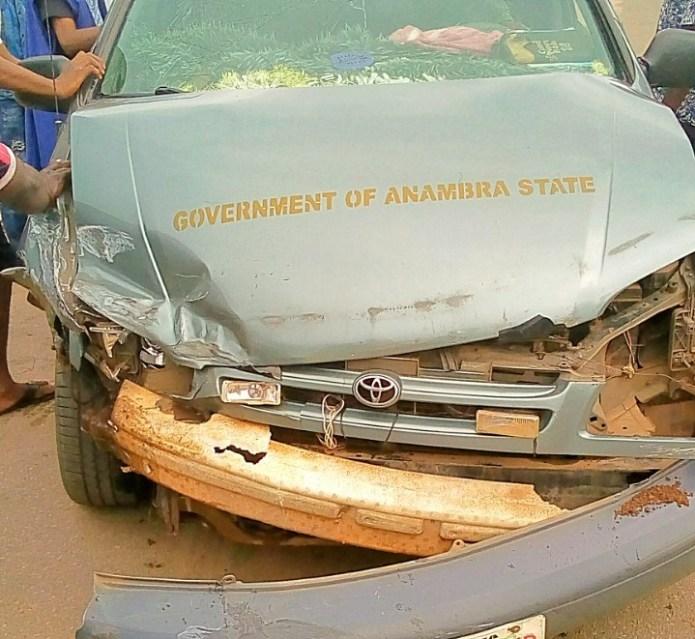 An eye witness who narrated what transpired said that the white Coastal bus was about negotiating to make a U-turn around Merit Junction when an on-coming silver Toyota Sienna that was headed for MCC ran into the white bus.

The accident occurred around 9:20am. Fortunately, No live was lost. However, both vehicles were austerely damaged. Unfortunately, a female passenger in the silver Toyota Sienna had a dislocated wrist.

The white Coastal bus has however been moved away from the accident site as of time of filing this report.