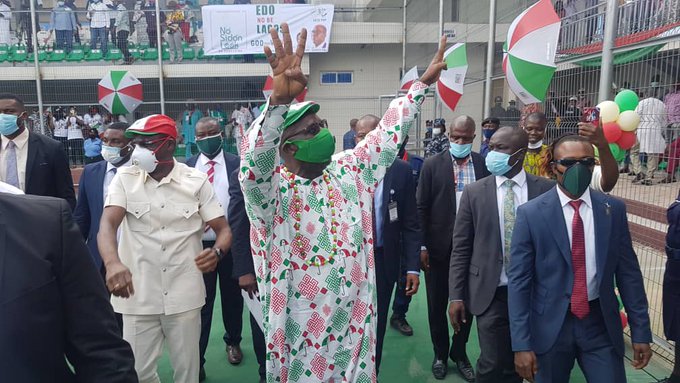 Governor Godwin Obaseki of Edo State has been declared winner of the Edo State governorship election held on Saturday by the Independent National Electoral Commission (INEC).

Obaseki won his second term in office after securing victory with a high margin.

Obaseki polled a total of 307, 955 votes to defeat All Progressives Congress’s Osagie Ize-Iyamu-Iyamu who got 223, 619 votes.

Before INEC declared the final result, the agent of the APC refused to sign the final collated result.

The agent in his statement said, “I have the mandate of my principal not to sign”.