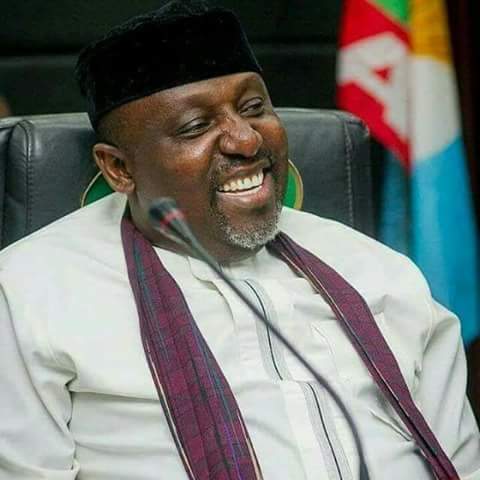 The Indigenous People of Biafra (IPOB) on Monday told Senator Rochas Okorocha that he is digging his political grave by using the name of the organization to play politics.

IPOB also alleged that the former Imo State Governor has tried repeatedly without success to be part and parcel of the pro-Biafra group in order to have his way achieve to achieve selfish ends but was rebuffed by its leadership.

A statement by IPOB’s Media and Publicity Secretary, Emma Powerful entitled “Rochas Okorocha is digging his political grave by using IPOB to play politics”, said that the erstwhile Imo Governor will be there watching while IPOB actualise Biafra freedom and independence from Nigeria State.

IPOB statement read, “We the global movement and family of the Indigenous People of Biafra, IPOB, under the command and leadership of our great prophet and indefatigable leader Mazi Nnamdi Kanu, wish to remind Rochas Okorocha that his recent ranting against IPOB, will lead him to destruction. We in IPOB have never seen him as a threat to the liberation of Biafra as being championed by IPOB.

“Rochas Okorocha has tried so many times to be part and parcel of IPOB to decide the way forward and to achieve his selfish aims with the name of the movement, but IPOB leadership refused to accept him.“Rochas Okorocha and his likes will be there watching as IPOB actualize Biafra freedom and independence from the oppressive Nigeria State.

“This recent ranting by Rochas Okorocha has shown that he is speaking the minds of his masters in Abuja who advised him to siphon Imo State funds with his family.

“Nigerians must be mindful of Rochas Okorocha, his family and co-travellers because they are behind the numerous attacks, killings, and abductions going on in Imo State.“We know how many times they tried everything possible to create these groups killing innocent citizens in Imo state, because of Imo people political decisions to ensure that they retrieve all the properties he corruptly acquired using his office and public funds.

“If Rochas Okorocha and his co-traitors in Biafra land want any recognition in Biafra, let them tell their Fulani masters to fix a date for Biafra referendum and see if they can get one percent (1%) ‘no vote’ to Biafra freedom vote, from South East region.

“All Biafrans want independence from Nigeria. No amount of intimidation can stop this. The earlier Nigeria and her moles in Biafran understand this the better for them.

“The activities of Rochas Okorocha in Imo State and his successor, Hope Uzodinma on Imo State have all been exposed to the world.

The whole world must take note of the two Imo politician and their co-,travelers. They and their gangs are behind the insecurity in Imo State thinking they can deceive Imo people Nigerians by always call IPOB names.

“Both political warlords have destroyed Imo State, using their recruited hoodlums. Innocent Imo citizens are at the mercy of their atrocities./Rochas Okorocha must therefore, stop thinking that he can use IPOB for his selfish political move.