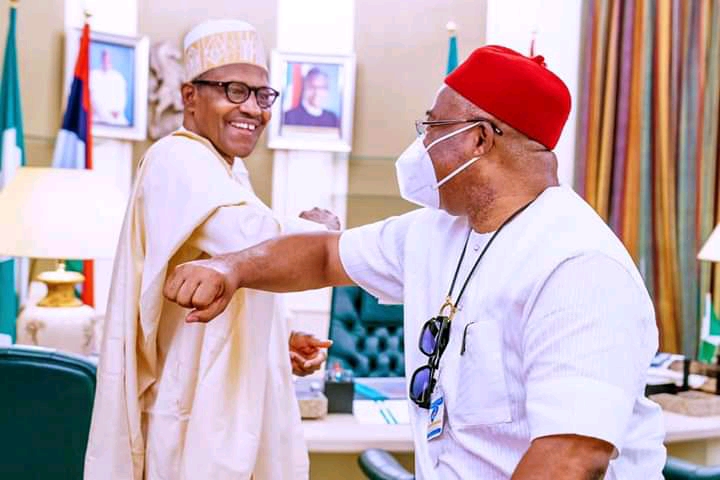 Governor Hope Uzodinma has said that the sit-at-home order issued by the Indigenous People of Biafra (IPOB) over the visit of President Muhammadu Buhari to Imo state, was only obeyed on social media platforms.

While speaking in an interview on Channels Television, Uzodinma said that Imo residents were excited about Buhari’s visit and came all out to welcome him.

He also stated that he and other Igbo leaders will be supporting the president, his administration and his policies, because he has shown sufficient interest in terms of pragmatic approach in listening and being sensitive to the yearnings of Imolites and Igbo people in general.

“Imo people are excited. lmo people are happy that the president of the federal republic of Nigeria, one united Nigeria with common destiny, visited Imo, commissioned projects, spoke to his people and we are happy.