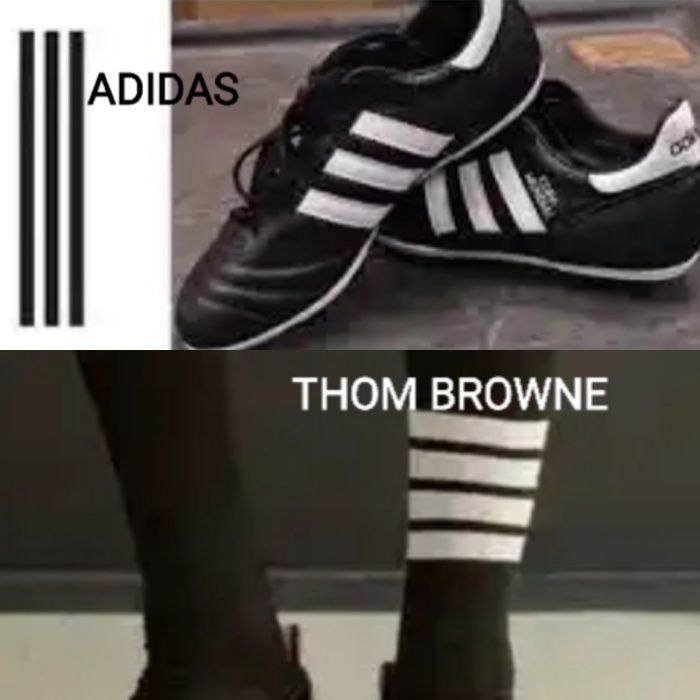 In New York State, a Manhattan jury ruled against Adidas AG, an international sportswear firm, regarding a design feature in their brands.

On Thursday January 12, the jury said that Adidas AG had failed to show how Thom Browne Incorporation’s use of stripes on its clothing infringed on the signature three-stripe trademark which Adidas is known for.

In 2021, Adidas filed a court case against Thom Browne, a New York designer, claiming that Thom Browne’s four-bar and “Grosgrain” stripe patterns on its shoes and high-end activewear violated its three-stripe trademark rights.

According to court documents on the case, Adidas had since 2008 filed more than 90 lawsuits and signed a upwards of 200 settlement agreements related to the trademark.

Thom Browne previously used a three-bar design on its clothing, changing it to the four-stripe design after Adidas objected to it in 2007.

Thom Browne sees no need for strife with Adidas or confusion between their products because they “operate in different markets, serving different customers, and offer their products at strikingly different price points.” It also said stripes are a common design element for clothing.

Adidas had planned to ask the jury for over $7.8 million as payment from Thom Browne for damages, plus additional punitive damages and a cut of Thom Browne’s infringing sales, according to a court filing. It also requested a court order stopping Thom Browne from using the designs.

But the jury on Thursday said it found the fashion house’s parallel stripe designs not likely of creating confusion with Adidas’ products amongst customers.

This decision, thus, ended the trial that began January 3.

Thom Browne had argued that, among other things, its designs have a different number of stripes.

Responding to the failed lawsuit, an Adidas spokesperson told Reuters that the company was disappointed with the verdict but will “continue to vigilantly enforce our intellectual property.”

The spokesperson also hinted that Adidas AG is likely to find a way to appeal the court case.

On the other hand, a spokesperson for Thom Browne Inc. said the company was pleased with the decision.