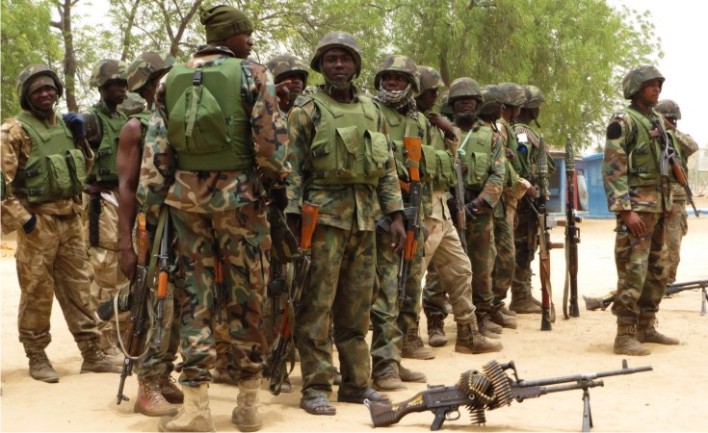 Despite the worsening security challenges the military is currently fighting in some parts of the country, a total of 127 soldiers have applied to leave the Nigerian Army.

According to Premium Times, the Chief of Army Staff, Lieutenant General Tukur Buratai, has since approved that the formal disengagement of the officers will take place in May, 2021.

The disengaging soldiers, drawn from various formations of the army across the country, are all of the junior cadres who are mostly at the forefront in the field.

However, the list of the exiting soldiers did not distinguish between those embarking on voluntary retirement and those leaving the army on medical grounds.

According to the memo, the 127 soldiers are to submit all military properties in their possession.

“In compliance with the provisions of section A, the COAS vide reference B has approved the voluntary discharge of the above named NWO and 126 others listed in annex A. The soldiers are to proceed on terminal leave WEF 26th April, 21 while their disengagement date takes effect from 26th May 21 in accordance with the NA administrative policies and procedures No. 27 paragraphs 3 and 4.

“Accordingly, I am directed to request you relate to their respective units to release the affected soldiers to report to HQ CAR with their unit service documents for documentation NLT 5th January 21 and ensure that:

“a. All forms of military controlled items, arms, ammunition and items of combat kits are recovered from the soldiers prior to their disengagement date and certified that they are properly de-kitted.

“b. They complete all necessary documentation for withdrawal from: 1. NAWIS contributions 2. DENFUND contribution 3. National Mortgage Contributions.”

Their resignation comes less than a year after hundreds of soldiers applied to leave the army and eventually left in July last, a development which insiders in the military said was indicative of low morale in the forces.