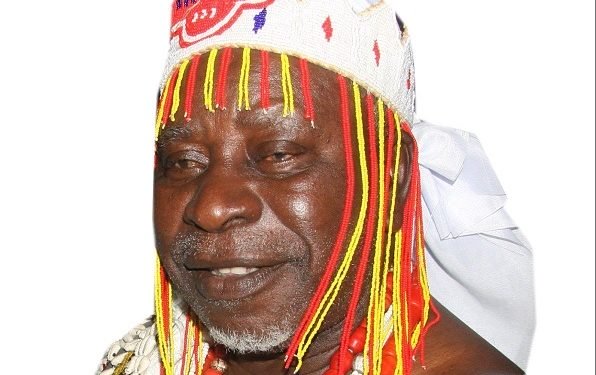 Nigeria movie industry has been hit with yet another sad news following the death of veteran actor, Jimoh Aliu aka Aworo.

Expressive Info learnt from multiple reports that Aliu died at the Ekiti State Teaching Hospital, on Thursday, September 17, 2020, after a brief illness

His death occurred only days after veteran actress, Louisa Nwobodo died in Enugu state. Actress Nwobodo died on Sunday, September 13, at the age of 78.

The remains of Jimoh Aliu would be moved to his residence at Adebayo area in Ado-Ekiti before being taken to his hometown in Okemesi Ekiti in Ekiti West Local Government Area.

Popular for his role as Aworo in an epic TV shows, Arelu, Fapomaoyo, and Yanpon Yanrin, Aliu is expected to be buried on Friday, September 18.

He was a former President of the Association of Nigeria Theatre Practitioners (ANTP).

Aliu was reportedly producing the first of his five-movie project, Olowo Ite, before his demise.

He was born in Okemesi-Ekiti and began acting in 1959 after joining Akin Ogungbe Theatre Group.

He left the group in 1966 to form his own troupe, Jimoh Aliu Concert Party, in Ikare, Ondo State.

May his soul rest in peace!