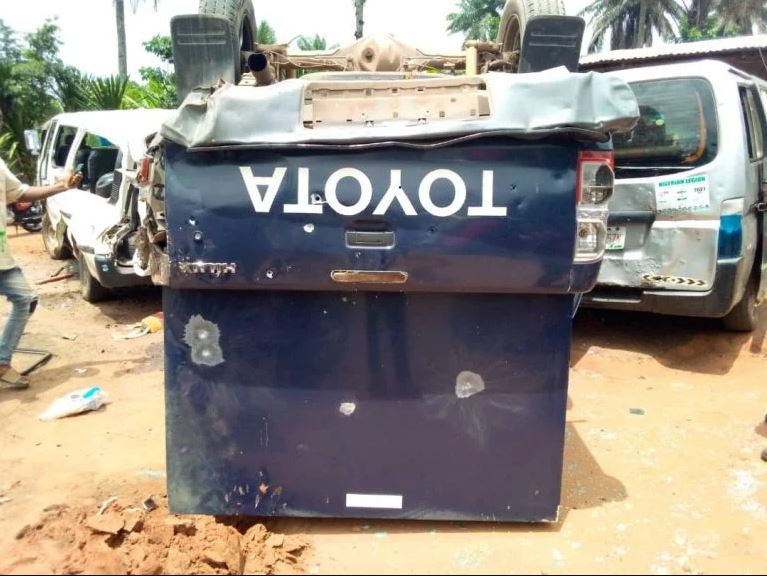 Gunmen caused a serious accident today when they attacked a van coming from Ahiazu to Owerri and started shooting at it thinking it was loaded with money.

According to an eyewitness report, the unknown gunmen shot sporadically and the driver of the van with two other persons in an attempt to escape at high speed tumbled severally and ran into about four different vehicles packed at the scene of the incident.

He said, “The gunmen intercepted the bullion van at the Hospital junction, Mbaise, but the driver was courageous enough to keep moving. They went after him and kept shooting. Everybody scampered for safety. The van later somersaulted but the armed robbers ran away. No life was not. No money was lost. The driver survived with a bank official and police escort.

The van however smashed the vehicles especially the windows, doors, and windscreens of the vehicles.

Reacting, the Imo state Police Public Relations Officer, PPRO, Micheal Abttam, said: “Sketchy information revealed that the bullion van was returning after delivering money and was attacked by hoodlums. The driver on noticing it tried to escape unfortunately, his vehicle capsized. No money was carted away.”