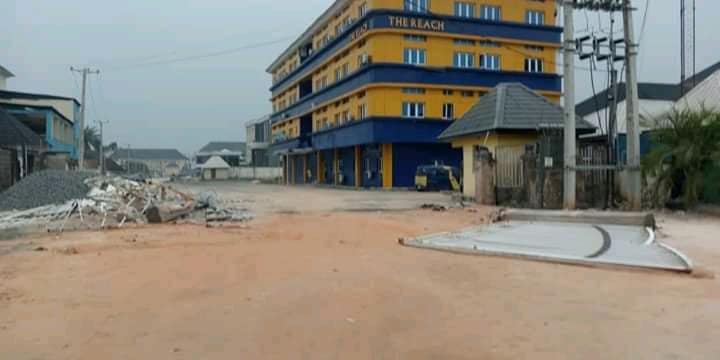 The fence securing The Reach FM in Owerri has been demolished by officials of Imo State Government.

While giving the reason for the action, a top official of Owerri Capital Development Authority (OCDA) stated that the fence of the radio station which belongs to Senator Rochas Okorocha was “blocking an access road”.

This comes two days after the former Imo state governor was arrested for forcefully entering his wife’s Royal Spring Palm Estate which was sealed by the state government.

See more photos of the demolished fence below.