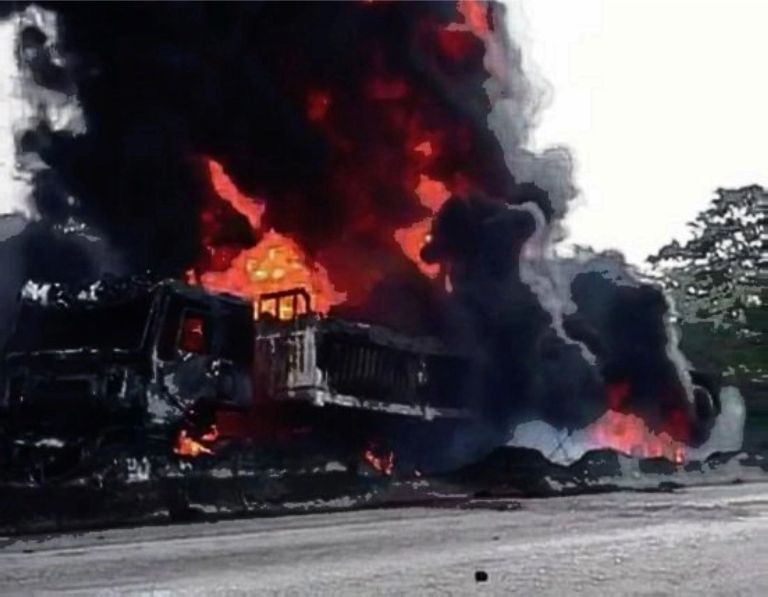 Yet-to-be identified persons on Monday morning set on fire a vehicle conveying vegetables, tomatoes and other perishable foodstuff in Enugu.

According to a report by The Nation, the incident happened at Edem Junction, Ibeagwa, Nike in Enugu East Local Government Area l.

Though there was no sit-at-home in Enugu State on Monday, residents suggested that the perpetrators were enforcing the exercise which has successfully been cancelled.

The vehicle was said to be coming from the Ugwogo end of the Opi/Enugu bypass when it was blocked and set on fire.

Sympathizers were said to have put a call to the State Fire Service prompting a quick response by the Ogui Road fire service station to the scene.

Though, the spokesman of the state police command, Daniel Ndukwe, could not be reached for comments, a senior police officer, who confirmed the incident, said the perpetrators were only trying to instill fear in the minds of the people who had stopped obeying the sit-at-home.

“What you saw this morning is an evil effort by some hoodlums who are attempting to frighten law abiding citizens and force them to continue to stay at home.

“I can assure you that the police will apprehend those behind this dastardly act. But one thing I will tell our peaceful people is not to succumb to this of psychological warfare against them by people who want to submit them”, the police source said.