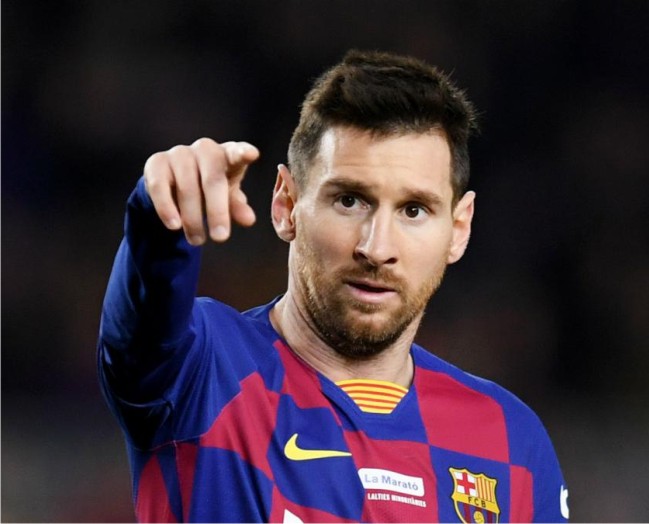 Argentine international, Lionel Messi has written Barcelona, demanding to leave the club after nearly two decades and his entire career with the Spanish giants.

The club confirmed on Tuesday that the Messi sent a document expressing his desire to leave.

The announcement comes 11 days after Barcelona’s humiliating 8-2 loss to Bayern Munich in the Champions League quarter-finals, one of the worst defeats in the players career and in the clubs history.

The defeat capped a difficult season for Barcelona – the first without a trophy since 2007-08 – and ignited one of its worst crises ever, Sky reports.

Messi has won a record six Ballon d’Or awards during his time at Barcelona as the top player in the world, and has helped the club win 10 Spanish league titles and four Champions League crowns.

Catalan reporter, Gerard Romero who also confirmed the shocking development, slammed the club in a tweet which reads: “Thank you President, for this historic disaster. What a shame.”

Barcelona subsequently hired Ronald Koeman to replace Setien, with the Dutchman expressing his desire to keep the Argentine star at Camp Nou.

After sitting down with Messi, however, it appears that Koeman was unable to convince the club’s talisman to become a part of his project.

Barcelona President Josep Maria Bartomeu has previously insisted that Messi will end his career at Camp Nou as Bartomeu’s own future continues to be questioned.

Messi has a clause in his contract, which allows him to leave for free.