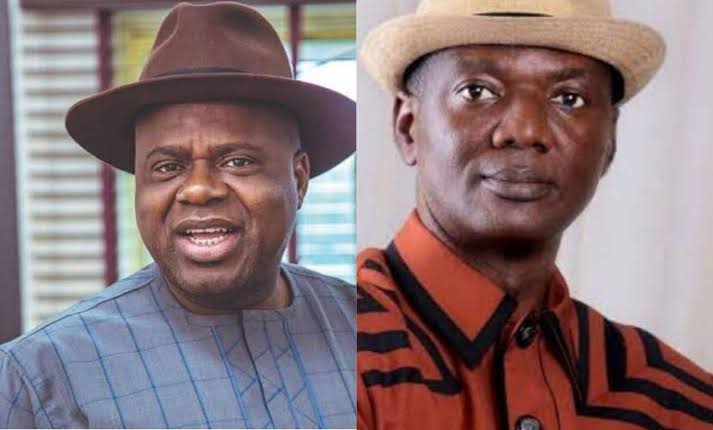 The Supreme Court of Nigeria on Wednesday affirmed Douye Diri and his Deputy, Lawrence Ewhrudjakpo as the duly elected governor and deputy governor of Bayelsa State.

A seven-man panel of the apex court dismissed the six appeals filed against the governor and his deputy.

The unanimous judgement delivered by Justice Sylvester Ngwuta, dismissed the appeals following the withdrawal of the six appeals by lawyers of the appellants.

The appeals dismissed were filed by the Alliance for Democracy, Advanced Nigeria Democratic Party and Labour Movement.

Accord Party against Diri and Ewhrudjakpo was also dismissed.

Diri of the Peoples Democratic Party came second in the last year’s governorship election in the state. He was later declared the elected governor of the state in a subsequent Supreme Court judgment disqualifying the All Progressives Congress’s candidate David Lyon who earlier emerged the winner of the poll.