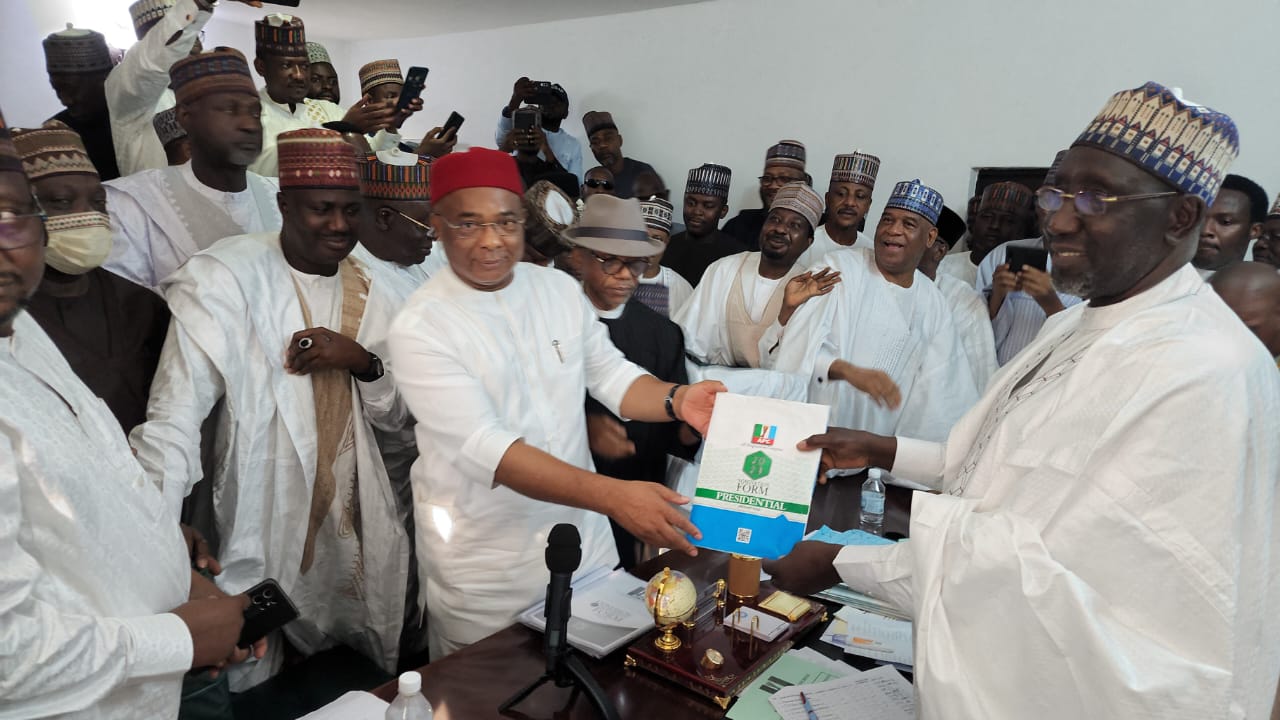 Among the delegation who submitted the completed Expression of Interest and Nomination forms at the APC headquarters in Abuja are senators, governors and former governors.

Addressing journalists, the Imo governor said; “Like you know most of us here are from the national assembly, some serving some are non serving. Particularly like me I left the senate on sabbatical to go and contest election in Imo state and I’m on borrowed status in Imo state as the governor. Today we are here in solidarity to accompany our leader the Senate President to submit his duly completed form and we have submitted the forms”.

On why he thinks the Senate President is the best for the job, Uzodinma said; “In the Police, it is called esprit de corps”.