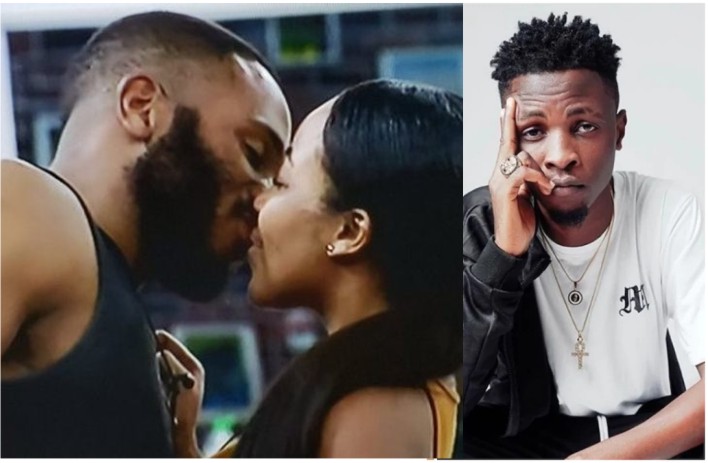 This is because of the drama that followed after Erica, one of the housemates, got drunk and had to be helped by other housemates.

After the party, housemates Dorathy, Nengi, Laycon, Wathoni and even Tolanibaj were seen helping Erica settle on her bed as she was not herself. Erica even throw up severally as a result of the so much alcohol drinks she had at the party.

Trouble began when Laycon, whom viewers know to be ‘in love’ with Erica, insisted that he would not allow Kiddwaya share a be with Erica that night, as he thought Kiddwaya whom Erica has been making out with in the house, will take advantage of her drunken state to probably have sex with her.

While Laycon made restless effort to ensure Erica is not left with Kiddwaya, Kiddwaya came to Erica and tenderly kissed her severally to south her and try to keep her comfortable. Kiddwaya’s affectionate behaviour put Laycon on a frustrating position to the extent that Praise had to tell him to relax, that Kiddwaya can take care of Erica without taking advantage of her drunken state.

However, while highlighting the events that took place last night, African Magic TV described Kiddwaya as a “serial flirt” that should not be trusted. Similarly, they described Laycon as someone who has respect for Erica and should be praised.

This didn’t not go down well with viewers who believed that the platform which sponsors the show was biased. Some concluded that by praising Laycon, the sponsors have already shown that they have chosen a winner.

This has caused #JusticeForKiddwaya to trend on Twitter as viewers call out African Magic and Laycon for defaming Kiddwaya by presenting him as sexual predator.