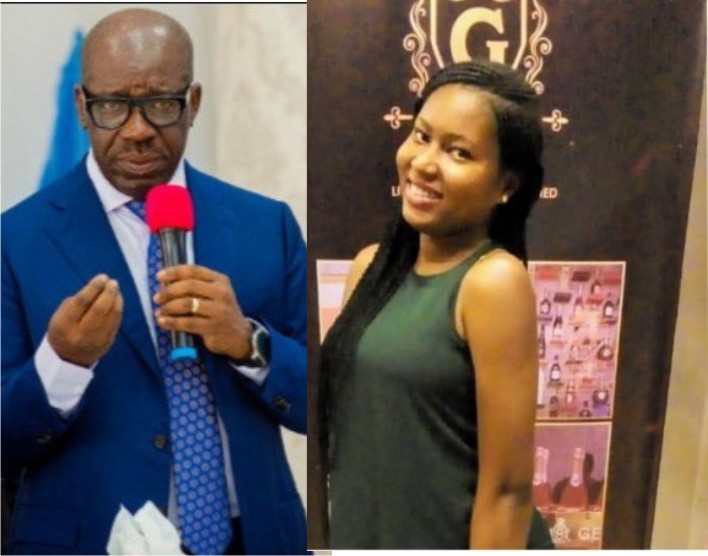 Edo state governor, Godwin Obaseki, has reacted to the news of the rape and murder of a 100-level student of the University of Benin UNIBEN, Vera Uwaila Omozuwa.

Uwaila was raped and terribly beaten with a fire extinguisher inside a Redeemed Christian Church of God parish where she went to read. Her death has witnessed an enormous call for justice and campaign against rape.

Reacting to Uwaila’s death via his Twitter handle, the Edo Governor said the police has been mandated to identify, arrest and prosecute anyone found culpable in her death

”I have ordered the Nigeria Police Force (@PoliceNG ) to thoroughly investigate the circumstances that led to the death of Miss Vera Uwaila Omozuwa, a 100-level student of the University of Benin (UNIBEN).

“The @PoliceNG  has been mandated to identify, arrest and prosecute anyone found culpable in her death. The Violence Against Persons (VAP) Law is in effect in our state.

“Using this law, we would ensure to investigate what exactly transpired and deal decisively with the those found complicit in the dastardly act, whoever they might be. ” he tweeted.