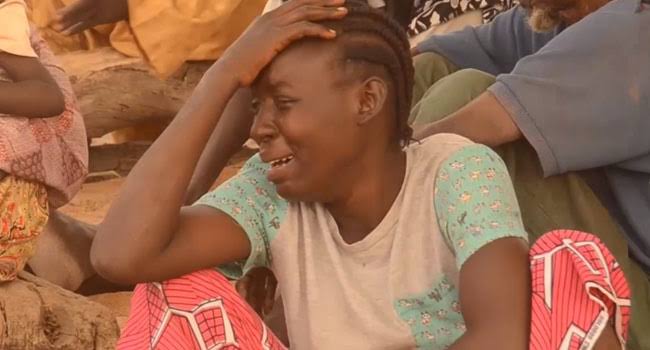 Leaders of Tsawan community in Batsari Local Government Area of Katsina State on Monday relived gory details of last weekend’s attack which led to the mass slaughter of residents in the area.

The bandits had launched an onslaught on the community as well as the neighbouring Dankar village killing a total of about 30 residents.

“The bandits snatched babies from their mothers and threw the infants into burning fire,” the Tsawa village head, Ibrahim Zangina, told Governor Aminu Bello Masari who paid a condolence visit to the survivors, SUN Newspaper reports.

According to him, the attackers stormed the village riding on well over 180 motorcycles with each carrying between two and three passengers and started shooting at anybody and anything on sight.

He further explained that the attack occurred during the Muslim evening prayers adding that, “they shot most of the people while performing the ablution (washing) ritual for the prayers.

“They shot all available cattle including the oxen we used to fetch water and they burnt every available foodstuff,” noting that 21 persons were killed in his village alone even as the village head dismissed as false insinuations that the incident was a reprisal attack.

“We have never had any incidents of attacks or confrontation with any bandit or group of bandits in the past,” he said.

At the Dankar village, the village head, Muhammad Suhura, told Masari that the people were fleeing the community in droves adding that the bandits killed nine of the residents there.

Masari said that he was deeply shocked over the incident and appealed to those fleeing the communities to return home.

According to the governor, the bandits did not abduct any persons but were there to kill the people and burn their foodstuff to ashes.

He said that government had already initiated measures to ensure that such calamity does not re-occur but described the incidents as, “act of divine providence.”