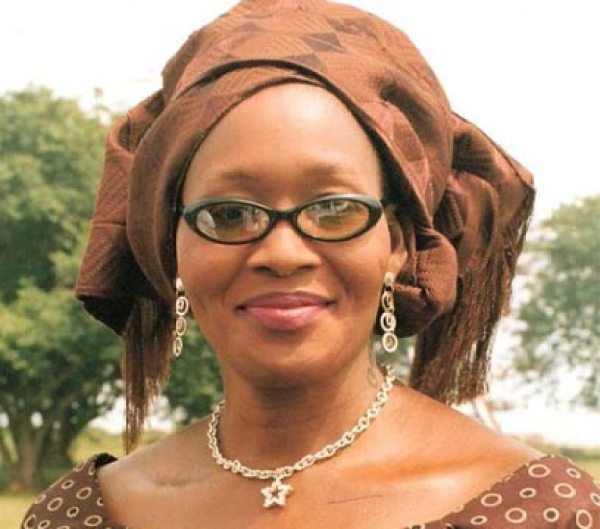 Controversial investigative journalist, Kemi Olunloyo has revealed some details about her sex life and she, as usual, is unapologetic about her choices.

While speaking in an interview with Sunday Scoop, Olunloyo also talked about her birthday wish and how she was circumcised as a young girl.

She said, “My birthday wish wasn’t fulfilled. I told Naira Marley I wanted to ‘get down’ with Jude Chukwuka, the actor he gave N1m. I was actually flirting with Chukwuka. What happens between me and Chukwuka is amazing. Even his wife and children are laughing at us. We are very good friends though I haven’t met either him or Naira Marley. The latter is like a son to me. He gave me a nice cash gift for my fifty-fifth birthday and also celebrated me when I turned 56 recently. I really can’t fall in love with a man. I don’t have whatever makes people fall in love. At 56, I don’t need marriage again.

“I was celibate for 10 years. It is very common for Nigerian men to think that all a woman wants is good sex but we don’t need that to get what we want out of life. Men only say such things when their egos have been deflated. I really don’t like sex because I was circumcised (female genital mutilation). That made me distant from my mother. I dated someone in 2017 and the relationship ended that same year. However, I use sex toys and I like them. I promote their use and I want other women to do the same.”

Olunloyo also insisted that she had forgiven pop star, Davido. “I have forgiven Davido for what he said to me though he did not apologise. I have never seen him. I don’t worry about him anymore. His fiancée, Chioma, didn’t offend me but her social handle was once used to call me an ‘old cargo’. I have never attacked her,’’ she said.