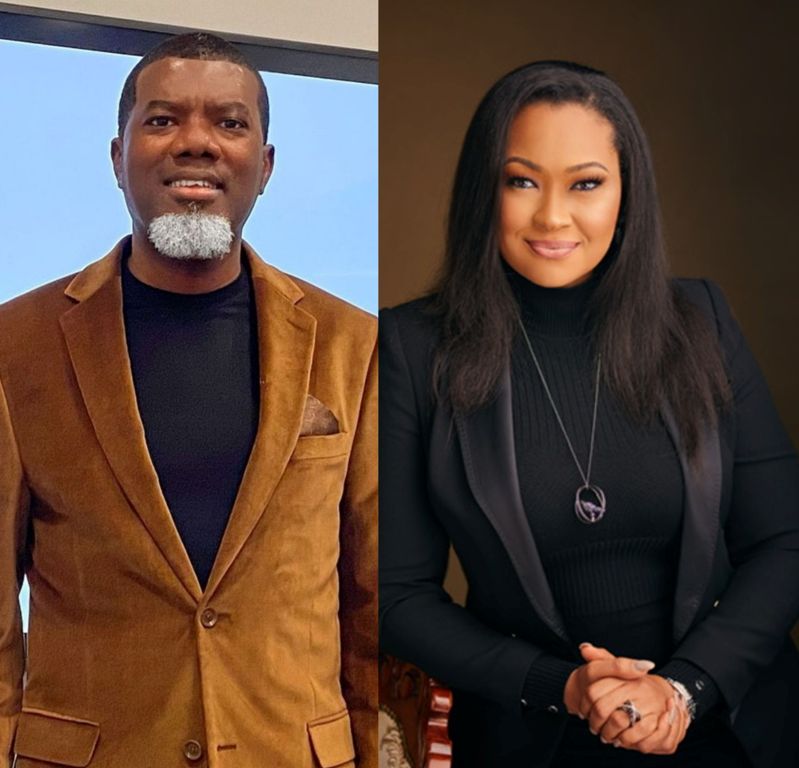 Former presidential spokesman, Reno Omokri has responded after Natasha Akpoti, a Kogi State Governorship candidate in the 2019 election accused him of making advances at her.

In a post Natasha made on social media, she claimed Reno made advances at her in 2014, when he was an SA to the President, despite being married.

She also alleged that Reno had “numerous girlfriends” when he was an aide to former Nigerian President, Goodluck Jonathan,  and he used his position to connect those girlfriends so that they could benefit from the “Sure P” initiative.

Her comment comes after Reno shamed a lady who jokingly asked him to be her sugar daddy.

Reno told the lady that he has a wife and leaving his wife for her will be like leaving iPhone 13 for iPhone 3. This caused the woman to trend on Facebook yesterday,  October 12.

After Natasha’s accusation, Reno responded he never knew who she was until his assistant Googled her following her allegations.

He then shared evidence he says shows he wasn’t in Nigeria at the time Natasha claims he made a pass at her. He told her that she probably met a demon who took his form in Aso Rock, not him.

He then insinuated that Natasha is an old Nokia 3310 and asked why he’ll be interested in her when he has an iPhone 13 at home.

He, however, didn’t deny Natasha’s allegation that he had numerous girlfriends he helped benefit from Sure P.