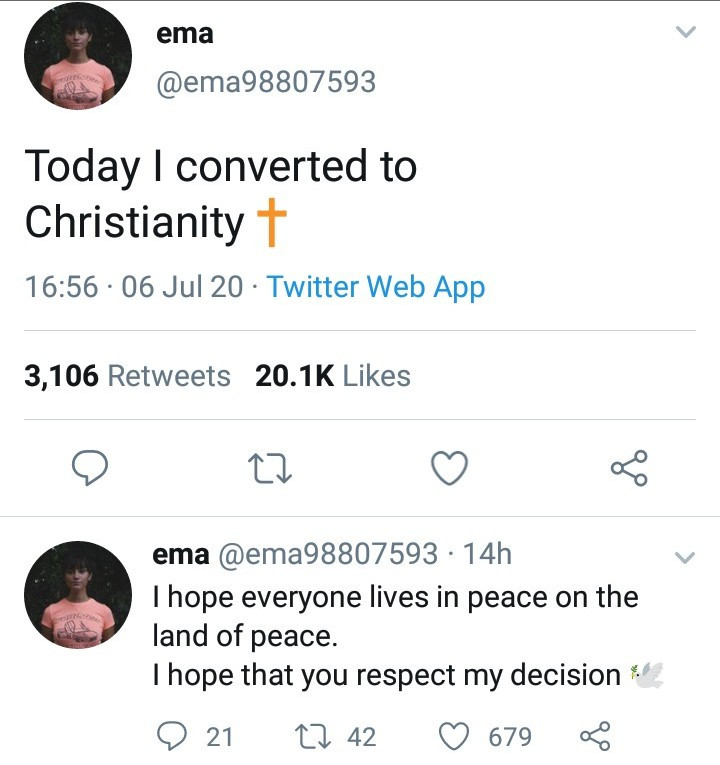 A Twitter user took to the platform to announce that she has converted to Christianity may not have anticipated the debate her tweet would generate.

However, after she announced: “Today, I converted to Christianity,” and added “I hope that you respect my decision.” the fight for religious supremacy started.

Christians reacted by praising her for her decision while welcoming her to the fold. Muslims expressed their “condolences” and told her she’s destined for hell, and atheists told her either ways, she’s still being deceived because there’s no God.

See some comments below.