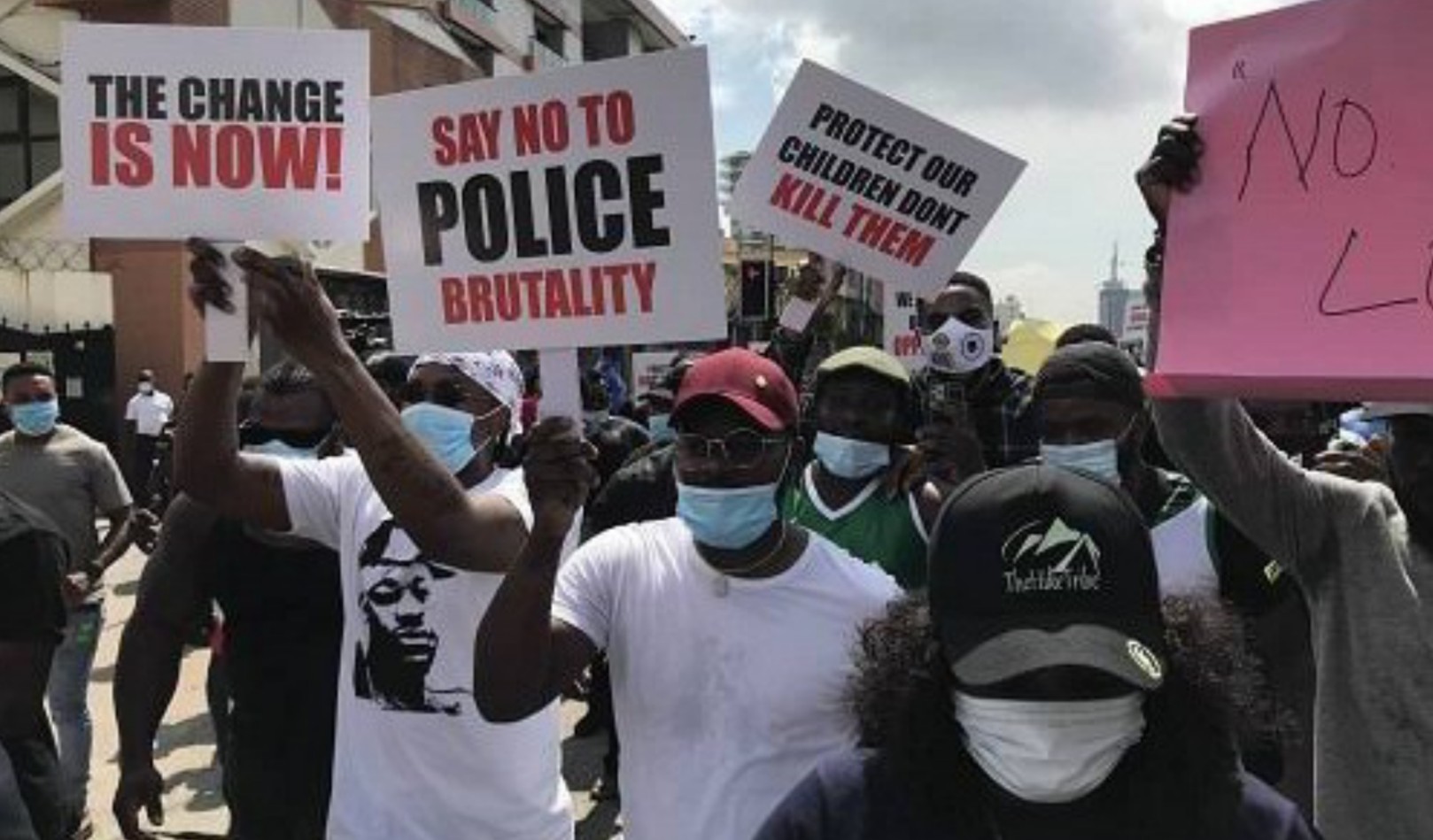 Kenechukwu Okeke, the lawyer who sued Nigerian celebrities for promoting the #EndSARS protest has disclosed that he will be filing a lawsuit against all CNN Africa staff over the documentary on the Lekki toll gate shooting on October 20.

Kenechukwu made this known in series of tweets he shared, alleging that the documentary is an affront or impugnment on Nigeria’s sovereignty or judicial processes.

He also told CNN staff, Stephanie Busari to pull down all #EndSARS artciles on CNN’s platform which he described as “contemptuous and preemptive” and also apologise to the Nigerian people, as failure to do so will earn her “a criminal suit in accordance with the law”.

Read all he tweeted below;

“It’s preemptive and contemptuous to discuss, counter, or conclude on any testimony placed before any tribunal established by law, so as to influence the consideration of the tribunal. It is, but wise to await the outcomes of the proceedings holden at the judicial panel.

“It is an affront or impugnment on Nigeria’s sovereignty or judicial processes for the @CNN @CNNAfrica @cnni @cnnbrk  to have investigated, concluded or pre-judged issues being litigated or debated before a tribunal established by law. This intolerable, and there must be sanctions.

“I will, therefore, initiate criminal contempt proceedings against all  the @CNN  staff (without any exception) that deliberately and egregiously impugned the majesty of the courts or any tribunal established by law in Nigeria. Justice is too important to be decided by the media.

“@CNN ought to have testified under oath as witness (es) before the tribunals to establish any such ‘investigations’. Otherwise is a deliberate act to impugn (egregiously) or preempt the Lagos State Judicial Panel of Inquiry. We will not have it though, as the courts is sacred.

“‘Without an exception’ herein includes any person(s) or actor(s) that improperly collaborated on substantive factual and legal issues on @Twitter  (or any other social media platforms), outside of the Lagos State Judicial Panel of Inquiries (tribunals).

“@StephanieBusari You are hereby mandated to (forthwith) pull down any such contemptuous and preemptive article accessible at https://amp.cnn.com/cnn/2020/11/18/africa/lagos-nigeria-lekki-toll-gate-feature-intl/index.html… and apologise to the Nigerian people. Failure to abide by this decree, will earn you a criminal suit in accordance with the law.

“Furthermore, you @StephanieBusari  is requested to attend the proceedings of the Lagos State Judicial Panel of Inquiry and testify under oath.

“Thereat, you can submit your investigations which will afford every party the opportunity to counter or test the authenticity of such by way of interrogatories and cross-examination.

“By virtue of S. 11 of the Tribunals of Inquiry Law (Lagos State) and Administration of Criminal Justice Law, 2007 (as amended in 2011), I shall institute a criminal contempt proceedings against all staff of CNN Africa @CNNAfrica particularly Stephanie Busari @StephanieBusari

“Having preemptively and contemptuously pre-judged or prejudiced substantive factual and legal issues on @Twitter  (and other social media platforms), outside of the Lagos State Judicial Panel of Inquiries (tribunals).”