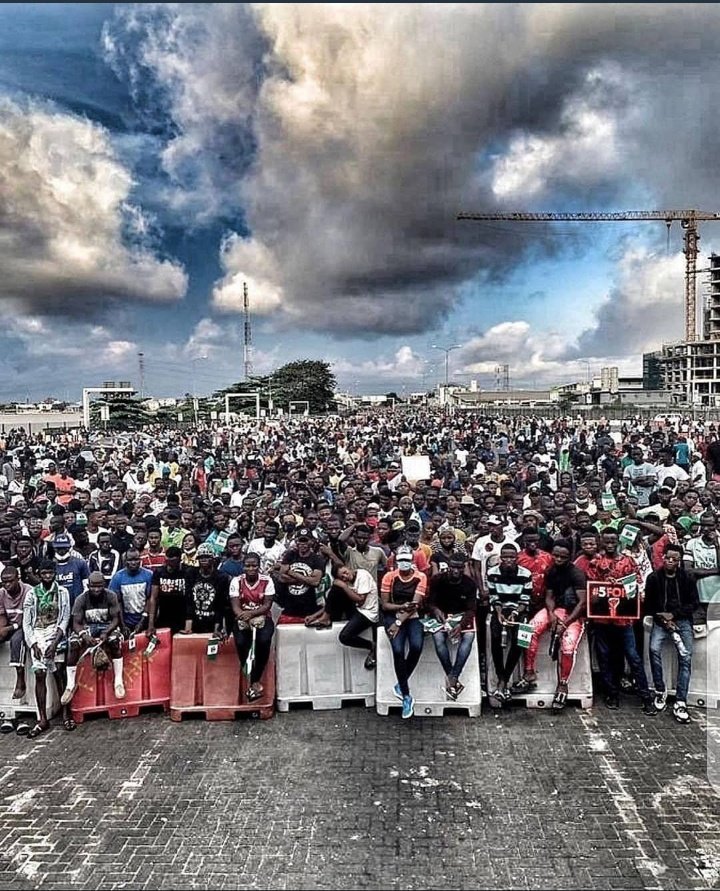 The CCTV footage submitted by the Lekki Concession Company, operators of the tollgate, to the Lagos State Judicial Panel of Judicial Inquiry probing the alleged killing of #EndSARS protesters has revealed the moment the soldiers arrived the toll gate on that night of October 20.

The Punch reported that the footage showed that the scene was calm until about 6.43pm when people could be seen running towards the tollgate from the Oriental Hotel end.

Two minutes later, at 6.45pm, military trucks with flashing headlights arrived the scene. There were no fewer than seven of them.

At 6.53pm, about 10 minutes after the arrival of the military vehicles, the tollgate went into a blackout.

Two minutes later, at 6.55pm, one of the military vehicles drove through the tollgate to the other end where the crowd of protesters was gathered.