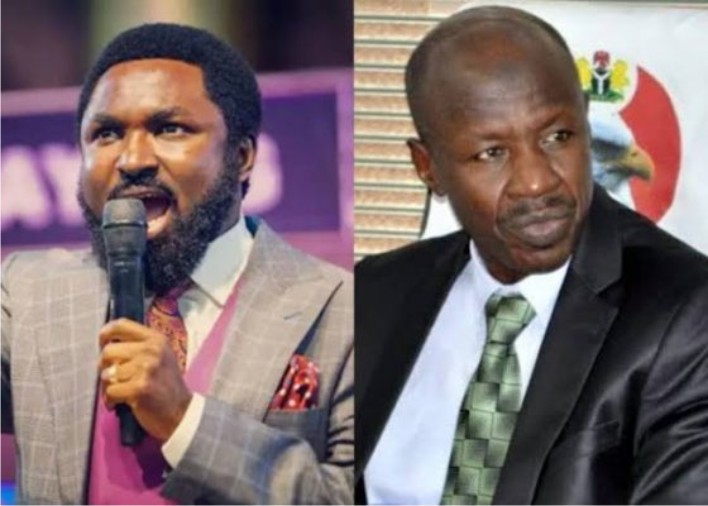 The Chief Executive Officer of First City Monument Bank (FCMB), Adam Nuru has explained how about 573 million naira got into the account of Prophet Emmanuel Omale, the founder of Divine Hand of God Prophetic Ministries in Abuja.

Presidential Committee on Audit of Recovered Assets (PCARA), probed assets recovered by the Economic Financial Crimes Commission (EFCC) from May 2015 to May 2020.

Reacting to the allegation in a letter by his lawyer, Gordy Uche (SAN), Pastor Omale filed a lawsuit against the NAN, and described the report as malicious, derogatory and libellous.

Pastor Omale said he does not own any foreign bank account anywhere in the world, adding that he has never received any funds whatsoever from Mr. Ibrahim Magu.

However, while testifying before the investigate committee on Thursday, FCMB managing director disclosed that the said money was credited to Pastor Omale church’s account No 1486743019.

Nuhu said the bank just discovered the mistake upon invitation by the committee — four years after the money was posted. He said:

“This return was said to be in favour of Divine Hand of God Prophetic Ministries Account No 1486743019.

“After that report, we conducted an investigation and discoversd that the lodgement which we reported to NFIU was an error.

“Usually, when the bank intends to migrate from one application to another, we utilize weekends to carry out the exercise. The migration involves moving all the balances of customers from the previous application to the new application. The account of the Divine Hand Ministries was moved during that migration.

“It was that balance of N573million that was wrongly posted as an inflow into Divine Hand Ministries as reported to NFIU. This error was not peculiar to Divine Hand of God Prophetic Ministries alone but was also ascribed to 27 other accounts.