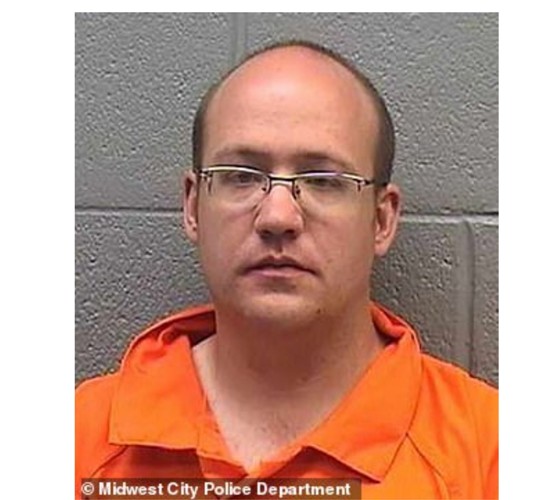 A 37-year-old US man has been jailed for allegedly raping a 4-year-old girl when the little girl went into a bathroom in a McDonald’s restaurant during a day care field trip in Oklahoma.

A police affidavit says a man eventually came out and said, ‘I was just washing my hands.’

The child told the workers the man, identified as Joshua David Kabatra, sexually assaulted her. However, Kabatra denied raping her and told police that he had felt sick and threw up in the bathroom sink while the girl was on the toilet.

Kabatra will remain in jail in Oklahoma City until he finds an attorney who can speak on his behalf.

McDonald’s released a statement saying that they were ‘disturbed by the incident.’

‘At McDonald’s, nothing is more important to us than the safety and well-being of our customers,’ the statement reads.

‘We are deeply disturbed by the incident that occurred at one of our Oklahoma restaurants earlier this week. We are fully cooperating with the police during their investigation. At this time, our thoughts are with the victim and others impacted by this incident.’