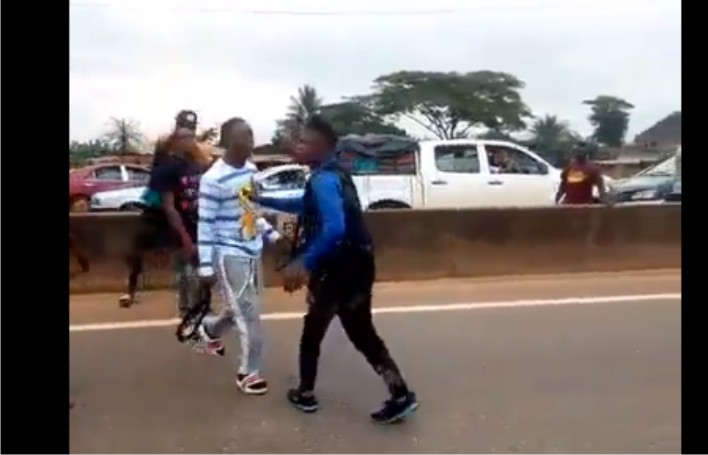 Recently more Nigerians have been seen standing up to officers of the Special Anti-Robbery Squad (SARS) of the Nigerian Police as calls to end police brutality rise.

In a recent incident filmed in Benin City, the Edo State capital, a man was seen in broad daylight beating up a SARS personnel.

The young man was seen holding a belt which he used to flog the SARS operative. He was also heard warning the policeman repeatedly, “If you shoot any gun here.”

At a point in the video, he was clearly seen headbutting the policeman despite the fact that the officer had a gun with him.

A crowd of onlookers who had gathered while the scuffle ensued could be clearly seen and heard cheering the man for standing up to the SARS officials without any fear or intimidation.

The policeman ran away in the end, saying “leave me alone”.

It was also reported that during the scuffle, the mobile phone of the policeman was also stolen.