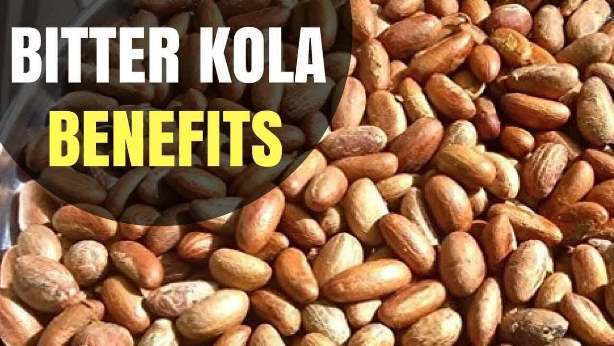 Bitter kola remains a very natural effective herbal medication. Known in Yoruba land as Orogbo, in Hausaland – Miji-goro, and in Igboland – Akiilu.
Bitter Kola, also known as Garcinia kola, has many medical benefits. The futit  tree are usually found in the rain forests of west Africa. The medical benefits of eating this fruit are uncountable.

Judging the name, bitter kola  usually  tastes bitter but better utilized on  in rural areas of Nigeria and West Africa.
Even till recent times, the fruit, seeds, nuts and bark of the bitter kola plant has over  decades been used as  herbal medicine to cure several ailments.

1. Cure to  Malaria
Traditional doctors use  bitter kola to cure malaria. The fruit contains Kolaviron an anti-oxidant and anti-inflammatory phytochemical which helps on treating malaria.

3. Cure for stings and bites from reptiles
The fruit contains chemical that treats patients who got bitten by reptiles such as snakes and scorpion. Addtionally, it prevents them from entering a vicinity when kept around.

4. Relief from coughing
When experiencing severe cough, bitter Kola serves as remedy and can instantly stop effect and pain resulting from the sickness.

5. Remedy for osteoarthritis
Osteoarthritis is the most common form of arthritis, which comes with inhibited movement of the joints and inflammation.
Researchers at Obafemi Awolowo University in Nigeria tested the effects of Garcinia kola against arthritis symptoms and the results of the study, written by Olayinka O. Adegbehingbe and published in the July 2008 issue of the Journal of Orthopaedic Surgery and Research, revealed  that the Garcinia kola reduced inflammation and pain and increased joint movement in subjects that had osteoarthritis symptoms.

6. Bitter kola helps to improves immune system
Bitter kola fortifies the immune system with all needed active fluids in order to protect one from harmful toxins and quick  immune response against strange epidemics.

With very high content of antioxidants found in bitter kola, it doesn’t only  help fight bacteria and other illnesses, it also helps the body  enhance its immunity levels. An increase in the  immunity level of the body makes it  strong enough to fight against any unknown contaminant.

7. Bitter kola reduces impotency in men
With bitter kola impotency in men becomes a history because studies have revealed that when it drastically improve sexual performance, especially among men, bitter kola is head  among all other related  herbs.
Bitter Kola does not only increase sex drive, it also improves the sexual performance of men who consume it.
Research indicate that for the seed to be effective, it should be  chewed some minutes before the intercourse.

Aslo,  bitter kola helps to increase sperm counts and promote male fertility, which can be useful for those of you out there desiring to add  a little one to your family.