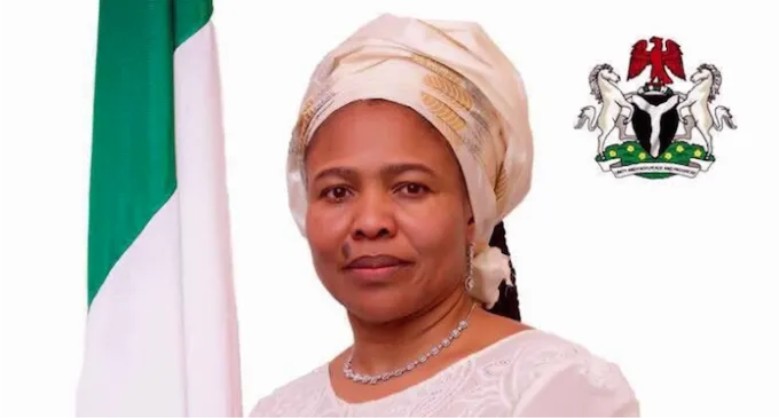 Until her recent appointment, Emenike, who hails from Umukabia-Ohuhu in Umuahia North Local Government Area of Abia, was Nigeria’s Ambassador to the Republic of Ireland and Iceland.

Over the course of her career, Emenike’s drive for excellence shines through.

During that time, she was rated among the best performing ambassadors. This was a major reason why the president submitted her name for reappointment last year, even though some others who were appointed at the same time with her were dropped.

With her recent appointment by the president as Nigeria’s Ambassador to the US, she now takes over from the late 83-year-old Justice Nsofor.

Being the first female to be in that position has set a new standard, with analysts noting that her appointment has changed the landscape for Nigerian female diplomats.

She is among 52 non-career and 43 career ambassadors whose deployment was recently approved by the president.

This comes six months after the National Assembly’s confirmation of the list of ambassadors-designate submitted by the President.

Having joined the Nigeria Foreign Service about 30 years ago, Emenike served in Protocol Department and Africa Department of the Ministry of Foreign Affairs.

From there, she was posted to the Nigerian Embassy in Abidjan, Cote D’Ivoire in 1992, where she served for six years. On her return to Nigeria, she was deployed to other departments of the Ministry and served meritoriously.

During this time, she represented Nigeria in numerous bilateral and multilateral missions, locally and internationally.

A retired career diplomat, Emenike holds a PhD in International Diplomacy from the University of Reading, UK, alongside four other degrees – two masters (Diplomacy and MBA); LLB, and a Bachelor.

She also obtained another Master’s in International Management from University of Reading, UK. She has certificates in French and Postgraduate Diploma in Diplomacy, Nigerian Diplomatic Service Academy.

Emenike is also an author. Her published articles include: “The AFRICA We Envisage in 50 Years Time” and “Europe Needs Africa”.

She also authored a book on Nigerian diplomacy, entitled, “Africa: The Centre-Piece of Nigeria’s Foreign Policy (2015)”.

Interestingly, when she met the Irish President, Michael D. Higgins, a few years ago for her swearing-in ceremony in Dublin, he told her then he had read her book.

Having worked in several missions abroad before retiring from the public service, Emenike brings a wealth of experience to the office.

Her appointment is seen as one that would further deepen bilateral relations and trade between the US and Nigeria.

Emenike is married to Chief Ikechi Emenike, a brilliant economist and highly successful entrepreneur, and they have four children together.