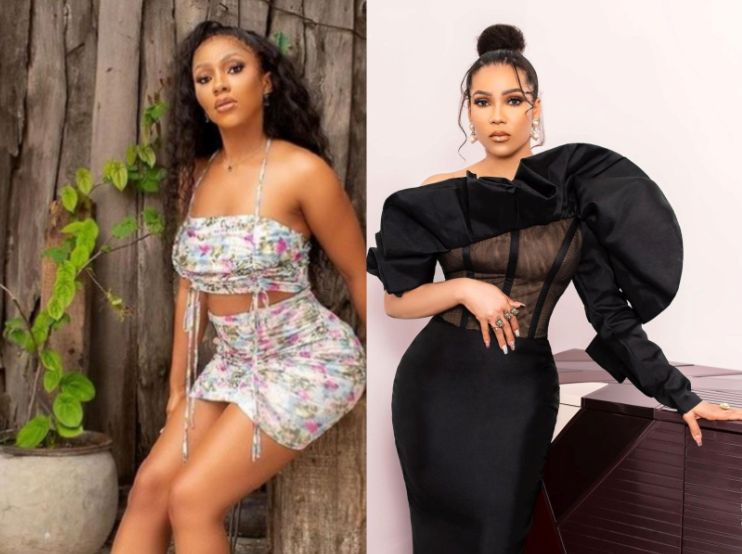 Big Brother Season 4 winner, Mercy Eke has reacted after some reports claimed that Cubana Chief Priest pimped her to Kelvin, the man he accused Big Brother star Maria of stealing from his sister.

However, in an Interview exclusive to SDK Blog, Mercy denied the report and claimed she had never met the said Kelvin before.

Read excerpt from the interview below.

Mercy there is a viral news concerning Maria, your fellow star from big brother season 6. A blog alleges that you are also dating the Kevin that maria is accused of stealing from the sister of cubana chief priest. What is your involvement in this snatching series?

Mercy – I’m as confused as everyone else and I am telling you now that I
Mercy Chineyenwa Eke have never met this Kevin in my life, I don’t even know what he looks like… Someone has probably added my name in this story to divert attention from the main story but it wont work..

There are allegations also that cubana chief priest pimped you to this Kelvin and probably others. Are you denying this?

Mercy – What! … Cubana chief priest has never introduced or pimped me to any Man.. These are all lies.

Where do you think this story is coming from and why are you somewhat always mentioned on any controversy involving a man?

Mercy – I really don’t know anything about this story. I also don’t understand why I’m the one these blogs always pick on to involve in controversies like this. Maybe because I’m always quiet when they publish these lies from the pit of hell and i ignore them, so they think its OK to continue doing so..

Are you friends with Maria?

Mercy– We talk. After big brother season 6 when she came out of the house and saw that I supported her, she reached out to me and we are cool…

So in summary, your case is that of person wey siddon em own, stray bullet come hit am?