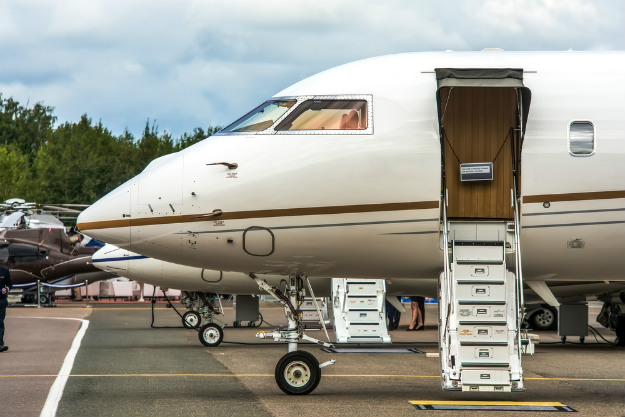 A millionaire businessman is facing jail after he admitted to having sex with a schoolgirl while flying his private jet.

Stephen Bradley Mell put his plane on autopilot to engage in sex acts with the 15-year-old in the air, according to court documents.

The New Jersey bond trader had been approached by the victim’s mother to give the teenager flying lessons.

The 53-year-old faces at least five years in a federal prison after admitting charges of engaging in interstate travel to engage in illicit sexual conduct and receiving child pornography.

He had a helipad at his home, owned several aircraft and ran a charitable foundation, Air Lifeline, which allowed families of children with medical problems to fly anywhere in the US for treatment.

The married father-of-three began communicating with the victim, then 15, through text messages and Snapchat in 2017, according to court documents obtained by the Bridgewater Courier News.

Their exchanges reportedly turned sexual when he asked her “if she knew how to perform oral sex”.

He later invited her to spent time at his home in Bedminster, an affluent town in Somerset County.

Mell “performed oral sex acts” on the girl in June 2017, according to the court papers.

He later messaged her to say: “Miss you so much.”

The next month he again performed sex acts on the girl and purchased an emergency contraceptive pill for her.

“If you are nervous it will hurt more,” Mell had told her in a text message. “When you are turned on is when it will feel OK.”

On 20 July 2017, he flew with the victim in his private plane from Somerset Airport to Barnstable, Massachusetts “for the purpose of engaging in illicit conduct, specifically, a sexual act with a person under the age of eighteen”, court papers state.

On the flight back, he reportedly put the plane on autopilot to engage in sex acts.

During an August 2017 trip to New York City, Mell again had sex with the girl and took pictures of her naked. He later pressured her to “get the IUD”, referring a form of birth control inserted into a woman’s uterus.

Mell, whose wife has filed for divorce, pleaded guilty to the charges in December last year. He is scheduled to be sentenced later this week.

He is also facing a multiple-year sentence in a state prison after admitting endangering the welfare of a child by engaging in sexual relations with a female victim under the age of 16.

He will be sentenced for that charge on 12 July.