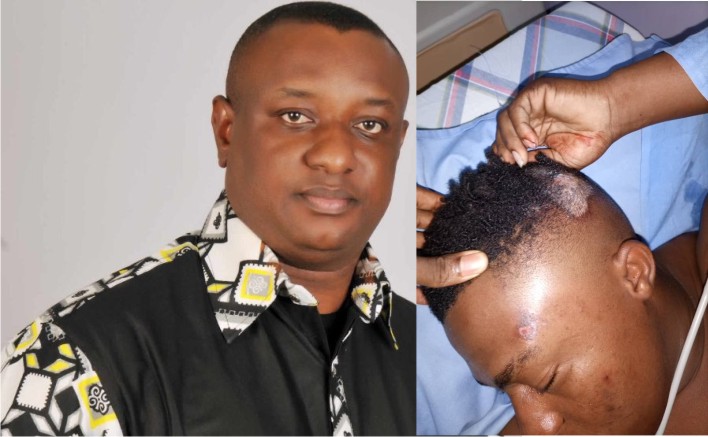 Minister of State for Labour and Employment, Festus Keyamo has shared an update on the incident involving a young man and police officers in Delta State.

Popular reports have it that a team of the Special Anti-Robbery Squad (SARS) of the Nigeria Police allegedly killed a young man on Saturday and took his car, in front of Wetland Hotel, Ughelli in Delta State.

A trending video shared online shows the officers speeding off in the man’s vehicle, a white Lexus SUV. This fumed the public even more as the protest to #EndSARS got intensified.

Speaking on the incident Festus Keyamo who is from Delta State revealed that he got in contact with the Commissioner of Police and got more information regarding the incident.

“I just spoke with both the Commissioner of Police, Delta State & the Area Commander in Ughelli where the unfortunate incident involving a young man & the Police took place yesterday. I also spoke with Ochuko, the victim’s brother. I was born, bred and raised in that same town

“All of them said the victim is alive & receiving treatment. Whilst I totally condemn the extra-judicial killings by SARS & other Police outfits against defenseless citizens and call for comprehensive reforms and overhaul of the system, some facts of this case are as follows:

“(a) The outfit involved in this case is called Operation Delta Safe and not SARS (b) the victim was not shot as confirmed by his brother, but fell out of the Police vehicle when being taken to the station after arrest. The brother said he was pushed; the Police said he jumped

“This is a picture of the victim in hospital this morning, showing injuries from the fall
(c) the Police stopped to pick him up after the fall, but an angry mob had already gathered and the Police fled and left the victim (d) A Good Samaritan picked him & took him to hospital

“Finally, I wish to appeal to the youths in Ughelli not to resort to violence and/or destruction of lives and properties. I am on top of this matter and though the victim is alive, I will be urging the authorities to still investigate the conduct of the Police in this matter.”

His disclosure was not received well as some Nigerians believe that police officers will always lie to protect their own.

See some the reactions that followed his tweet below.