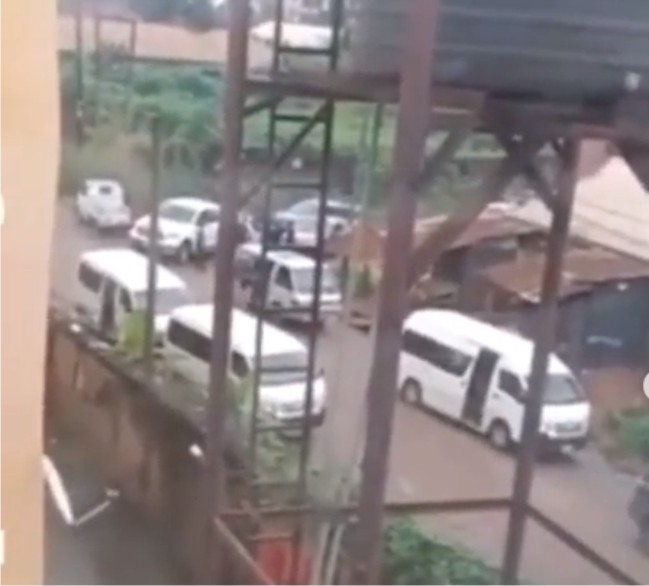 Some Economic and Financial Crimes Commission (EFCC) operatives were chased away from Bishop’s Court in Imo state by suspected cultist in around Biship’s Court.

Prior to the encounter, the operatives of the anti-graft agency had embarked on a mass raid on lodges around Imo State University. Cars and other properties belonging to suspected fraudsters were seized in the raid.

Watch video that captured moment the EFCC operatives were chased away by cultists who were allegedly brandishing weapons.