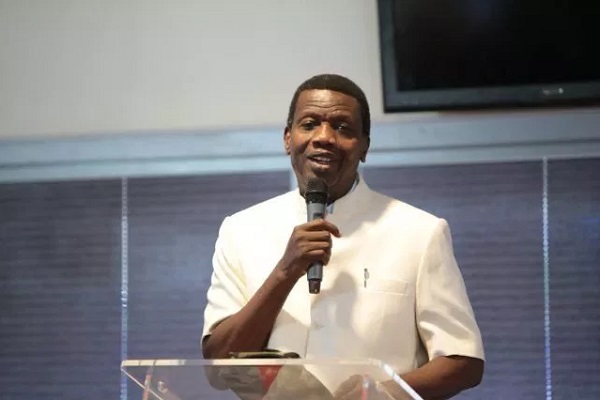 The General Overseer of the Redeemed Christian Church of God (RCCG), Pastor Enoch Adeboye believes that Nigeria’s unity is already sitting on a keg of gun powder and restructuring the country “as soon as possible” has become necessary to avoid implosion,

He said the only restructuring will address the socio-political challenges facing the country.

Adeboye spoke on Saturday at a 60th Independence Day Celebration Symposium co-organised by the Redeemed Christian Church of God and the Nehemiah Leadership Institute.

The theme of the symposium was ‘Where will Nigeria be in 2060?’

“I believe that we might want to look at the problems of Nigeria in a slightly different manner. Some people feel that all our problems will be over if Nigeria should break up.

“Why can’t we have a system of government that will create what I will call the United States of Nigeria? Let me explain. We all know that we must restructure.

He added: “If we have a President and a Prime Minister and we share responsibilities between these two so that one is not an appendage to the other.

“At the state level, you have the governor and the premier, and the same way, you distribute responsibilities between these people in such a manner that one cannot really go without the other. Maybe we might begin to tackle the problems.

“Without any doubt, we must restructure and do it as soon as possible. The United States of Nigeria is likely to survive than our present structure,” he concluded